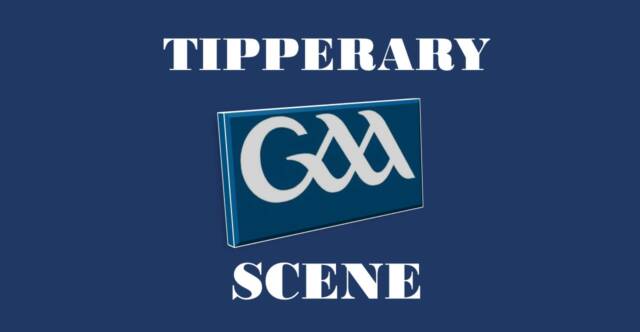 Our senior hurlers welcomed Galway to Thurles last Saturday for Round 3 of the Allianz hurling league. In what was a very entertaining game, Tipperary came away with full points on a score line of 2-19 to 0-20. First half goals from Jason Forde and Noel McGrath played a major role in what was a good all round performance and while the team is still a work in progress the win will give all concerned a lift following the news that Patrick “Bonner” Maher will be out of action for some time having sustained an Achilles Tendon injury in training. We wish Patrick the very best in his recovery and look forward to seeing him on the playing fields in the not too distant future. Tipperary now have a break until Sunday June 6th when they will travel to Mullingar to play Westmeath in round 4. 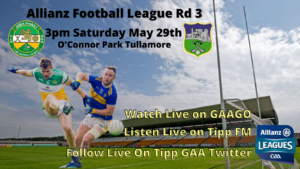 Our footballers were also in action on Saturday last as they played host to Wicklow in Semple Stadium. Having lost their round 1 games, in essence this was a must win game for both sides. It was Wicklow who appeared to settle in to the game a little quicker, but a good third quarter set Tipperary on the way to a 3 point winning margin on a full time score of 2-12 to 1-12. The footballers will now head to O’Connor Park Tullamore next Saturday to play Offaly. David Power will be hoping for a victory that could see his charges qualify for the league semi final. We wish the lads the very best of luck. The game can be seen live on the GAAGO platform, while Tipp FM will also broadcast the game from 2.50pm. Tipperary GAA will have score updates on our twitter feed through out the game. 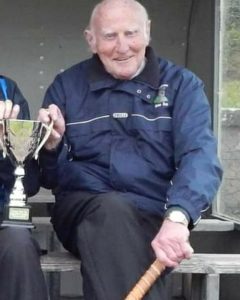 When the sad news of the sudden passing of Ger Gavin emerged last Friday, all who knew him expressed a deep sense of sorrow and loss for someone who most certainly was a true gentleman. Ger was a former Chairman and Life President of his beloved Nenagh Eire Óg and worked tirelessly for the Club over the years. Ger held many roles with Nenagh Éire Óg – he was Chairman from 1986 – 1996 and again in 2004 – 2005, in between he was vice chairman on three separate occasions and he also served as Treasurer in 1986.

It was during his first term as Chairman that Ger’s qualities as an administrator came to the fore when Nenagh Éire Óg enjoyed one of their most successful periods, both on and off the field. On the field the club won North and County hurling and football titles in minor and U21. But crucially the titles also came at senior level with two North senior titles and of course a County senior title in 1995. Off the field Ger and his Committee set about the task to upgrade MacDonagh Park and in these years the Complex and stand that we have today were developed. These achievements were recognised in 1989 when Ger was the recipient of Munster Clubman of the Year, an award he richly deserved.

Following his departure as Chairman in 2005, Ger did not rest on his laurels but continued to be involved in all aspects of Nenagh Éire Óg. He has been central to all fund-raising in the club since then and for years has been one of the biggest club promoters of the County Board Draw and the Club Lotto. Indeed Ger was passionate about the Tipperary Draw and was an invaluable member of the Draw Committee for over 30 years.

Ger became Nenagh Éire Óg Life President in 2010 and his dedication to the GAA was further rewarded in 2015 when he was awarded a Laochra Gael by Tipperary Co Board.

Ger was full of enthusiasm about the current plans to upgrade MacDonagh Park, how heartbreaking it is for us all that he will not be around to see this project come to fruition. His lifetime commitment and dedication to Nenagh Éire Óg are well renowned and we are all very fortunate that Ger Gavin became involved in Nenagh Éire Óg.

Tipperary County Board express our sincere and heartfelt sympathies to his wife Bridie, his daughters Deirdre, Marion and Claire, his sons Gerry and Brendan, his adored grandchildren and all his extended family. May his gentle soul Rest In Peace.

Internationally the month of May is Skin Cancer awareness month.  The number of people being diagnosed with skin cancer in Ireland each year is rising rapidly.  Sun exposure is one of the main causes of skin cancer and early detection leads to better outcomes.  Skin protection is extremely important particularly in childhood and those working outdoors.  Further information on how to help protect and recognize the various signs of skin cancer can be found on : www.irishskin.ie and www.cancer.ie 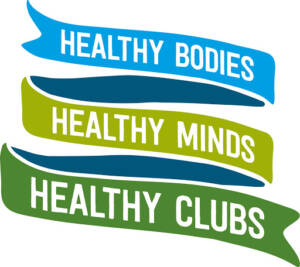 May is also National Walking Month.  Walking is a fantastic way to build fitness it can be enjoyed on your own or with family and friends and best of all it is free.

May 31st is World No Tobacco Day.  Encouraging clubs to introduce a no smoking policy on their premises and grounds is one of the initiatives  of the Healthy Club Project  and club executives are asked to encourage their Healthy Club Officers in supporting this initiative.  Further information and supports can be obtained on: www.quit.ie and https://www2.hse.ie/quit-smoking/ 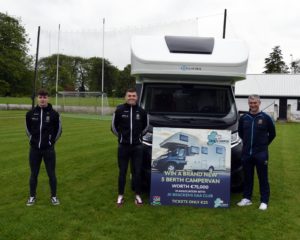 The club are running a draw for a brand new 5-berth camper van worth €75,000 which is supplied by Pat Horan Motors in Aglish, Co. Tipperary.  The luxury Adria Sun Living S75 SL offers comfort and practicality and is suitable for families, couples or friends to travel and explore. Tickets cost just €25 and the draw which takes place this August is limited to 7995 entrants.  All funds raised will be used to continue with the club’s ongoing development plans to enhance facilities at their grounds at PáircShíleáín in Templemore and in Graffin, Clonmore.

Club Chairman Tadhg Sheedy stated, “The club is excited at the prospect of raising funds to develop additional facilities for our members and the community but also we look forward to handing over the keys to this campervan worth €75,000 to one lucky supporter of our draw”.

The club are going from strength to strength having won the Seamus Ó Riain Senior Hurling Final and promotion to the Dan Breen competition in 2019 as well as featuring in their first ever County Senior Football Final.  In recent years they have also won county titles in Minor, U21A and Junior A Football in in 2020 they were crowned County U14A Hurling Champions.  The club also have a thriving Scór section and are a recognised GAA Healthy Club.  The proceeds of this draw will allow the club to provide top-class facilities for their 250 players from U5 right up to senior.

Last weekend was also a busy weekend for Tipperary ladies teams. On Friday evening the footballers travelled to Pairc Ui Chaoimh to play Cork in the opening round of the league. A fine first half performance saw Tipperary head to the dressing rooms trailing by 1-09 to 2-04, Tipperary’s goals coming from Marie Creedon and Roisin Daly. Tipperary’s hopes of taking all the points were dashed in the second half as the home side stepped up the pace and ran out winners on a full-time score of 3-15 to 2-06. Prior to the game Aisling Moloney was named as Tipperary captain. We wish Aisling the very best of luck in the role.

Tipperary camogie teams enjoyed mixed fortunes in their league games at the weekend, with victory for the seniors over Waterford, 2-16 to 1-11in division 1 while the Intermediate girls lost out to Galway on a full-time score of 2-14 to 2-07 in their game which was played in Athenry.

Running since 2017, over 160 Quality Assured Accredited Analysts have by now completed the programme. Accreditation is based on the individual’s experience, their performance analysis competence, and, most importantly, their ability to deliver within the context of the Gaelic Games family’s values and ethos. The aim of the programme is to support analysts volunteering their time across the country from club to county level. The GAA, LGFA, and Camogie Association intends to foster a philosophy of practice and shared learning within the GAA performance analyst community which aligns with the principles and underlying values of the Coach10 Model.

To become accredited, applicants must attend an Accreditation Workshop in June and have completed relevant training which is also offered through the GAA. Depending on their experience, analysts are accredited at four levels. This year the Accreditation Workshop moves online as a two hour live and interactive delivery on June 9th (7.30-9.30pm) and 12th (8.30-10.30am).

Participants will have to complete some pre-workshop activities online in advance. Registration for the workshops is via https://learning.gaa.ie/lms/course/view.php?id=10145 and the cost is €10. Applications close on Monday, May 31st.