Semple Stadium, located in Thurles, County Tipperary, Ireland is the home of hurling and Gaelic football for Tipperary and the larger Munster area. It has, what is considered, the finest playing surface in the country and is the second largest stadium in Ireland with a capacity of 45,690. Semple Stadium was officially named as the GAA’s Number 2 stadium second only to Croke Park, Dublin. The Dimensions of Semple Stadium Pitch are 145 metres X 80 Metres.

The grounds on where Semple Stadium is built were offered for sale in 1910. They were purchased by local Gaels for £900. To meet the cost of the purchase, an issue of shares was subscribed by the townspeople. The grounds remained in the hands of the shareholders until 1956 when they were transferred to the Gaelic Athletic Association.

In 1934 in anticipation of the All-Ireland Hurling Final being held in the grounds, extensive improvements were made to bring the field requirements up to the demands which an attendance of up to 60,000 would make. The embankments around the field were raised and extended and the stand accommodation was also increased.

In 1968, further developments took place when the Dr Kinane Stand was completed and opened. In 1971 the stadium was named after Tom Semple, famed captain of the Thurles Sarsfields “Blues”. He won All-Ireland Senior Hurling Championship medals in 1900, 1906 and 1908. The Ardan O Riain stand opposite the Kinane Stand and the terracing at the town end of the field were completed in 1981 at a cost of £500,000. This development and the terracing at the Killinan end of the field were part of a major improvement scheme for the celebration of the centenary All-Ireland Hurling Final between Cork and Offaly in 1984.
________________________________________
Semple Stadium upgrade 2007 – ’09 completed
The first phase of a major refurbishment and upgrading project at Semple Stadium, Thurles involved upgrading the Kinane Stand side of the stadium, involved expenditure of €5.5 million with the overall cost of the stadium upgrade estimated at €18 million.

Phase 2 of the project, involved upgrading Ardán Uí Riain and terracing, improving access to the pitch, providing VIP and corporate facilities, floodlighting and irrigation.
Funding for the Semple Stadium upgrade project was provided by Central Council, Munster Council, Lottery Funding, advance ticket sales and stadium income.
On Feb. 14th 2009, G.A.A. President Nickey Brennan officially re-opened Semple Stadium and the switching on of the new floodlights took place. The occasion was the first in a programme of celebrations in Tipperary to mark the founding of the GAA in Hayes Hotel 125 years previously.

Also in 2009, David Morgan appointed as the first Director of Semple Stadium. 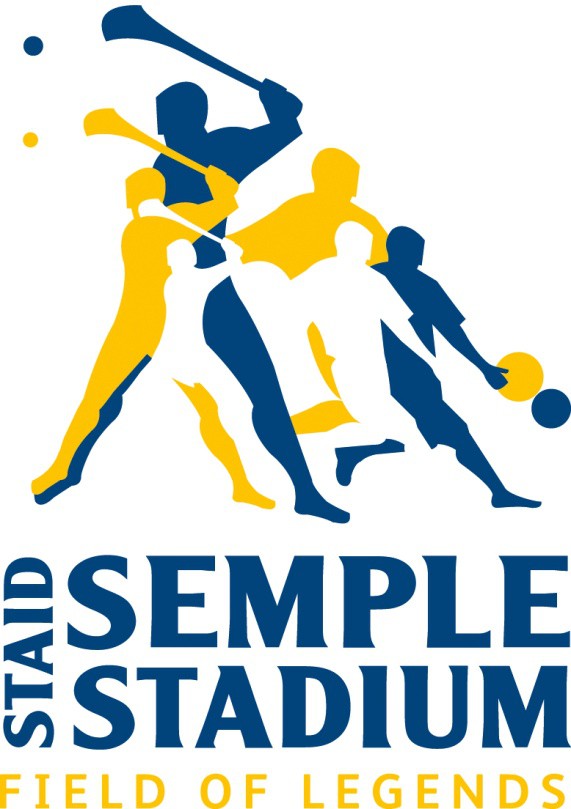