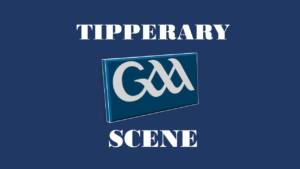 Tipperary senior footballers travelled to Limerick last Saturday where they got their Division 3 campaign underway. Unfortunately, David Power was without a number of first team members who were ruled out due to injury. Playing Limerick in the Gaelic Grounds is always a formidable challenge and last Saturday was no different and while Tipperary were well in the game at the half time interval, A Limerick Goal which was followed quickly by a point swung the balance in their favour. Tipperary kept their focus but in the end they found themselves behind by 2 points 1-13 to 0-14.

Following the football game our attention quickly switched to Semple Stadium where Cork were our guests for round 2 of the Allianz hurling league. As is always the case between the two sides, this was another keenly contested encounter that in the end could have went either way and while Tipperary will be a little disappointed with the number of missed chances, a draw was a fair result.

We now look ahead to next Saturday when Semple Stadium will once again play host to a double header of games. Starting off the day will be the hurlers who welcome Galway to town. This is sure to be another exciting game and with Galway on full points following two impressive performances against Westmeath and Limerick they will be looking to keep their winning run going. Throw in for the game which can be seen live on GAA Beo on TG4 along with full commentary on Tipp FM is 1.30pm. The footballers then play host to Wicklow at 4.30pm in what is really important and pivotal game for David Powers charges. Wicklow went down to Offaly last weekend and will be hoping to reverse their fortunes against the Premier. This game will be broadcast via the GAAGO platform and there will also be coverage on Tipp FM.

Ahead of both games next Saturday you can hear both team announcements live on Tipp FM this Friday evening following the 9pm news. The team’s will also be available to view on all Tipperary GAA social media platforms and on the Tipperary GAA website. If you are a member of the Tipperary Supporters Club you will receive the hurling team straight to your phone via the newly launched Clubzap app, full details of how to sign up can be found via the following link:   https://tippsupportersclub.clubzap.com/pages/how-to-join-tsc

Draw no 7 in the 2020 – 2021 Tipperary clubs draw took place last Friday evening where the star prize of a car or €15000 was won by Diarmuid McKeogh who is a member with Ballina GAA Club, prize no 2 of a holiday voucher or €5000 went to St Patricks Drangan and their member Pat Lyons. We congratulate all the winners and thank them for supporting the Tipperary Clubs Draw. The next draw will be held on Friday June 4th and will be broadcast live on Tipp FM from 8.30pm.

The 2020 Gaelic Writers Association Award winners have been named and this year’s list includes a very strong Tipperary element. 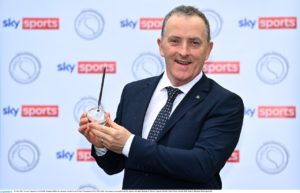 The awards which are presented in association with SKY Sports, are in recognition of each recipient’s contribution to the GAA and are seen as very prestigious accolades. Tipperary has always produced officials of a very high standard and former County Board PRO Joe Bracken epitomized that trait throughout his tenure. Joe brought the role to a new level and therefore it is no surprise that he has been chosen as the 2020 PRO of the year award winner. The Moycarkey Borris club man who’s weekly GAA Scene article was a fountain of information and detail, also coordinated the Premier County’s media affairs with great competence and efficiency over the course of his five year term of office. Joe has risen the bar and set a very high standard for those who follow him. 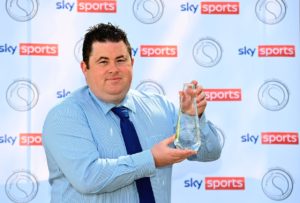 The Kilsheelan man also managed the Tipp under-21s and had a spell as Wexford senior football boss.

Congratulations to both Joe and David who are most deserving of these prestigious awards   That illustrate the high regard in which they are held by those who write about our games on a daily basis.

The 2021 Munster Minor and Under 20 Championship Draws took place last Thursday evening. In hurling Tipperary will play Kerry in Minor while the under 20’s face Waterford with the winners playing Cork in this year’s semi-final. In football Tipperary will play Limerick in the Quarter Finals with Clare waiting for the winner in the semi-finals. Tipperary’s under 20 footballers will play Limerick in the Quarter Final and it will be the winner of Clare v Waterford who will be the opponents at semi-final stage. The finalised dates and venues are expected to be available in the coming days. 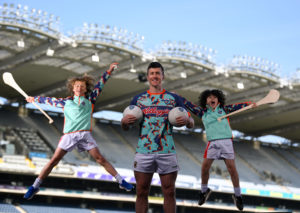 At a time when fundraising has proved challenging, this competition provides GAA clubs with an incredible opportunity to claim great prizes through a simple mechanic. In order to nominate your club, all that is required is to pick up a promotional box of Kellogg’s Corn Flakes, Rice Krispies or Bran Flakes. Using the unique on-pack code, log on to kelloggsculcamps.gaa.ie/competition and nominate the club of choice. All nominations will be entered into a final draw to win one of three cash prizes – €25,000, €10,000 or €5,000.

Last year saw Skryne GFC of Meath, Wicklow’s Rathnew GAA club and Newmarket on Fergus GAA club in County Clare win the prizes. Celebrating the news, last year’s winners acknowledged how important the funds were to the local club particularly in terms of maintaining activities for the children and wider community. They also extended a big thanks to club members and local families for entering their clubs into the competition.

Starting on 28th June and running up to 27th August, the 2021 Kellogg’s GAA Cúl Camps will run in line with government guidelines and subject to the advice of the relevant authorities. The number of camps and capacity at this year’s camps will increase as we get closer to the summer months with some already on sale, so parents are reminded to book early to avoid disappointment as demand is expected to be higher than ever.

Ireland’s Fittest Family is back! Have you and your family got what it takes to win Ireland’s most extreme fitness competition?

Now in its ninth series, this year will see the competition be more challenging than ever before.

They are scouring the country to find the fittest, fastest and strongest families to be coached to victory by our four returning coaches, Davy Fitzgerald, Anna Geary, Derval O’Rourke and Donncha O’Callaghan. Mairéad Ronan is back to host the highly competitive tournament too. Given the current Covid-19 pandemic, the production will follow HSE guidelines to ensure that strict social distancing and health and safety is adhered to throughout the competition by all crew and families taking part. Does your family have what it takes to win the €15,000 cash prize and be 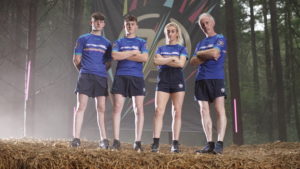 * Each family must be comprised of four immediate members

* Series will be filmed between July – September, 2021

The Allen’s from Tipperary were last year’s runners up, if you think your family could go further and take home the title of Ireland’s Fittest Family, apply now by following this link: www.rte.ie/irelandsfittestfamily

In the next of our GAA Oral History series we hear from Pat Cullen Loughmore-Castleiney which was recorded in 2010. Pat discusses his involvement with Loughmore Castleiney GAA Club and with the GAA in the county during his lifetime. He outlines the history of amalgamation and separation of Loughmore and Castleiney and considers the incongruity of Loughmore Castleiney being a football club in a predominantly hurling area. Pat also describes his various roles within the GAA, including club chairman, mid board chairman, selector, steward, and referee. He ponders the changes he has witnessed in the years he has been refereeing. In addition, Pat discusses his opposition to the ban on foreign games, the increased role of the club in the community, the positive impact of increased female involvement in the club, and his involvement in Macra na Feirme.

You can listen to the full interview here: https://www.gaa.ie/the-gaa/oral-history/pat-cullen/

The GAA Museum and Skyline Tours

From Monday May 10th, the GAA Museum reopend its doors giving GAA fans an opportunity to get to Croke Park this summer! Tickets for Skyline Tours or a visit to the GAA Museum must be booked online in advance at www.crokepark.ie/tours 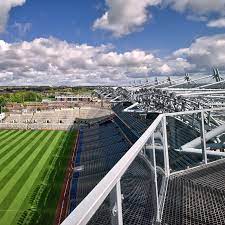 Those who book a self-guided visit to the GAA Museum will have access to two floors of exhibitions charting the history of Gaelic Games from ancient times to the present day. The original Sam Maguire and Liam MacCarthy trophies are on display as well as medal collections, jerseys and footage from memorable GAA matches. Visitors can also spend time in the GAA Museum Hall of Fame and will have a chance to view the very special Remembering Bloody Sunday exhibition. This exhibition opened last September to remember the victims of Bloody Sunday on the 100th anniversary of the tragedy.

Those who wish to take a Skyline Tour will be treated to panoramic views of Dublin from the open-air walkway on the rooftop of Croke Park. There are five stops along the route, each offering a different outlook on the city. Tour guides will point out the landmarks and treat visitors to stories about Dublin’s most famous places. The highlight of the tour is the suspended walkway above the pitch where visitors take in the stunning views of the Croke Park pitch – a very welcome sight!