Tom made his League debut with Tipperary in 1959 and went on to win All-Ireland senior medals in 1961 and 1962. In addition, he won 3 Munster medals, 2 National League and 2 Oireachtas Medals. In what was a golden period for the Premier County, Tom wore the number 14 jersey in a lethal Tipperary forward line. On the club front Tom was part of the MacDonaghs teams that won the North finals in 1959 and 1965. A shrewd judge of a hurler, he was a senior selector with Tipperary in 1980 and filled the same role with Kilruane MacDonaghs senior team that won a hattrick of North and County titles (1977-1979). As the first MacDonaghs player to win an All-Ireland senior hurling medal, he was an iconic figure in Cloughjordan parish. Tom was selected at full-forward on the North Centenary hurling team (1951-2001) and he was honoured with a Laochra Gael Award in 2012. At the time of his death, Tom was his clubs President. Tipperary GAA County Board extends sympathy to Tom’s wife Marie, daughters Eleanor & Mary, son Jack and extended family. 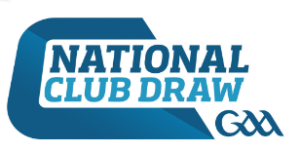 A club can get involved in the National Clubs Draw by selling up to 2500 tickets. All money raised from selling the National Clubs Draw tickets remains in the club. The new June Draw date will now allow Clubs the additional time to sell tickets during the current public health restrictions thus enabling them to raise valuable funds for their Club. Remember every person who buys a National Club Draw ticket are in with the chance of winning prizes such as a brand-new Renault Clio, All Ireland Ticket Packages and a variety of cash prizes and the club retains all the Sales money. Tickets and further Information can be requested by emailing nationalclubdraw@gaa.ie Tickets (sold/unsold) must be entered onto the Online Ticketing System before they are returned to your County Liaison Officer by 14th May 2021.

According to the centre for disease control, Legionella is a type of bacteria found naturally in freshwater environments, like lakes and streams. It can become a health concern when it grows and spreads in human made building water systems like showerheads and sinks.

to help control the risk of exposure to Legionella include:

– Flushing out the system on a regular basis

– Avoiding debris getting into the system (e.g. ensure the cold water tanks, where fitted, have a tight fitting lid)

– Setting control parameters (e.g. setting the temperature of the hot water cylinder (calorifier) to ensure water is stored at 60°C)

– Make sure any redundant pipework identified is removed. It is important that water is not allowed to stagnate within the water system and so there should be careful management of properties left vacant for extended periods. As a general principle, outlets on hot and cold water systems should be used at least once a week to maintain a degree of water flow and minimise the chances of stagnation. To manage the risks during non-occupancy, consideration should be given to implementing a suitable flushing regime or other measures such as draining the system if it is to remain vacant for long periods.

Many clubs have already started the process to collect membership and to complete the subsequent registration with the GAA. If you are involved in collecting your clubs membership subscriptions or registering your members with the GAA , you should ensure that you have access to login to Foireann and are familiar with how to use it. 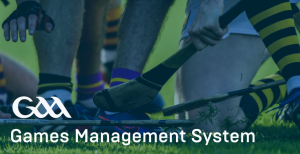 As Foireann is a new system, significant support materials, including videos and Support Documentation, have been prepared and are available and can be accessed on the new Foireann help centre website or alternatively you can contact County I.T. Advisor Maggie Fahey by email itofficer.tipperary@gaa.ie.  Alternatively, you can email queries relating to Foireann to the support Help Desk using the following email address gmssupport@gaa.ie and your query will be answered as soon as possible. Online training and webinars will be delivered throughout the coming weeks to assist you, and an updated schedule of upcoming sessions is now available.

Please note that a detailed update on Foireann will be issued to Club Secretaries shortly. 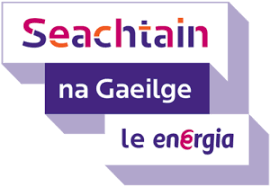 Mar is eol daoibh, tá Seachtain Na Gaeilge againn agus tá roinnt rudaí ann chun cúpla focail a úsaid. Among the various events and activities Croke Park have planned are competitions for primary and secondary schools as well as a competition for older teenagers and adults – all in conjunction with O’Neills (www.oneills.com). There will be GAA feature articles, a podcast in conjunction with an Spota Dubh, other activities for primary and secondary schools, a Scór concert, the latest edition of the GAA’s Irish language magazine, ‘Cuaille’, Lá Idirnáisiúnta na mBan and lots, lots more!

Ná déan dearmad, tá go leor rudaí ar fail freisin ar suíomh Facebook/Twitter ‘Scór Thiobraid Árann’. Unfortunately, we cannot come together for Seachtain na Gaeilge this year, but we can take part in the festival by taking part in the online events and also by using whatever Irish we have on social media by joining in the conversation at #SnaG21 and #GAAgaeilge!

While it is not possible to visit the GAA museum or its library and archives in person right now, you can still learn more about Gaelic Games and the history of the association by becoming a member of their virtual GAA museum book club. 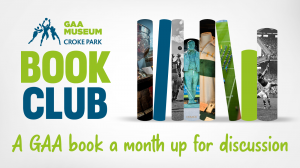 Each month the GAA Museum team will choose a well-known GAA book to read and review. At the end of the month, the museum will host a free online interview with the author, in which members can submit questions and comments. The ambition of the book club is to review some of the great GAA books and to give us all a much-needed sporting boost as we stay at home. Books will vary each month and will include histories, biographies, autobiographies and memoirs – all of which are selected from the museum’s own library. Members can make suggestions for upcoming books too via the website. To become a member, sign-up on www.crokepark.ie/bookclub The first pick is one that’s close to the heart of the GAA – ‘The Bloodied Field’ by Sunday Times journalist Michael Foley. In this publication from 2014, Foley recounts the story of Bloody Sunday and the shootings in Croke Park that changed history. The book is described as a ‘deeply intimate and detailed account’ where Foley tells the personal stories of those killed, of the police and military personnel involved and of all the families left shattered in the aftermath of the day. For those who don’t own or can’t borrow a copy of the book, the GAA Museum Gift Shop is offering a 20% discount on The Bloodied Field for the month of February. You can purchase at the reduced rate on www.crokepark.ie/Shop/The-BloodiedField The first author interview and Q&A session at 8.30pm on Thursday 4th March. The one-hour live event will take place via Microsoft Teams and a video link will be shared with members in advance. The next book will be announced on Friday 5th March. The Book Club aims to raise awareness and celebrate the GAA Museum Library & Archive – the national repository for the GAA’s records, archives and publications. Its mission is to collect a copy of every book published by the GAA and every book written about the GAA. The GAA Museum and its archives house almost 20,000 items in its collection. Readers, researchers and students can access the archive in Croke Park by appointment when it’s safe to do so. Until then you can search the archive on crokepark.ie/library Sign up now to join fellow book lovers and GAA enthusiasts and get reading. For more information and to become a member, visit www.crokepark.ie/bookclub

Organisers of the All Ireland Poc Fada are hopeful that restrictions permitting, they will be able to stage the festival in County Louth this August. Plans to stage the great event were dashed by the Pandemic last summer in what should have been a celebration of the Poc Fada’s modern day revival in 1960 and which would also mark the 25th anniversary of the support of long-time sponsor Martin Donnelly of myclubshop. ie for the competition on the Annaverna Mountain. Clubs will be kept up to date once more information is available.

When it comes to running GAA clubs, all clubs have a wide range of needs for informationnand training. That is why the GAA is constantly working on updating all resources on the GAA eLearning portal for club officers. Some of the online modules include, 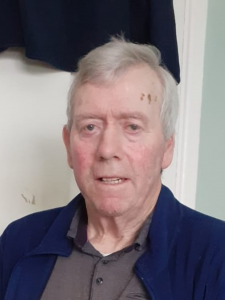 Tom Lowry was part of the living heartbeat that is Upperchurch Drombane GAA club. One of the club trustees until his death, Tom was always there but was never one for the limelight. Always at the back row at a meeting, he would speak his mind clearly when required. Great to trace and remember, Tom had a keen sense of history. An ordinary person who was good company over a large bottle of ale or by the fireside, Tom would have no hesitation telling you straight out his thoughts on a matter! His years were filled with love for ‘The Church’ and the black and amber jersey. Steeped in a family with a proud hurling tradition, from the first time he pulled on the jersey he wore it with pride and honour. He loved playing the game. He loved also the commitment and the fun and all else that went with it.  He was there as part of the winning 1966 team and there too in 1976 when further honours came the club’s way. While at his best in the 1960s and 1970s, Tom hurled right into the 1980s and felt most at home on the field of play or talking after about a game. A staunch, committed defender, he had a puck that would send the sliotar from his own end of the field to the other. Pulling on the ball was his first instinct and the power of his strike meant it travelled swiftly. Tigerish to claim any ball near him, many was the forward who knew he had to be at his best in a game when he was marked by Tom Lowry!

After his playing days ended, Tom stayed involved and stepped into other roles within the club. A dedicated committee member, he held the role of treasurer in the club for close on two decades and also served as the clubs Mid Board representative. The field was his second home in many respects. Tom was usually first in the field when work was to be done, there with his reliable Ferguson 35 tractor, ready to sow “skeagh bushes” or make a ditch. In later years, spending time watching teams train, travelling to a match or chatting about the various teams playing at the time was something he enjoyed because of the role hurling played in his life. Born at Glebe Cross, just two long pucks from Kilmalure Graveyard, he became the curator and keeper of the graveyard, taking great pride in its condition. From his home to the GAA field to the Kilvalure, Tom always gave of his best and committed fully in every way he could.

A stalwart of the club, he will be missed. RIP.