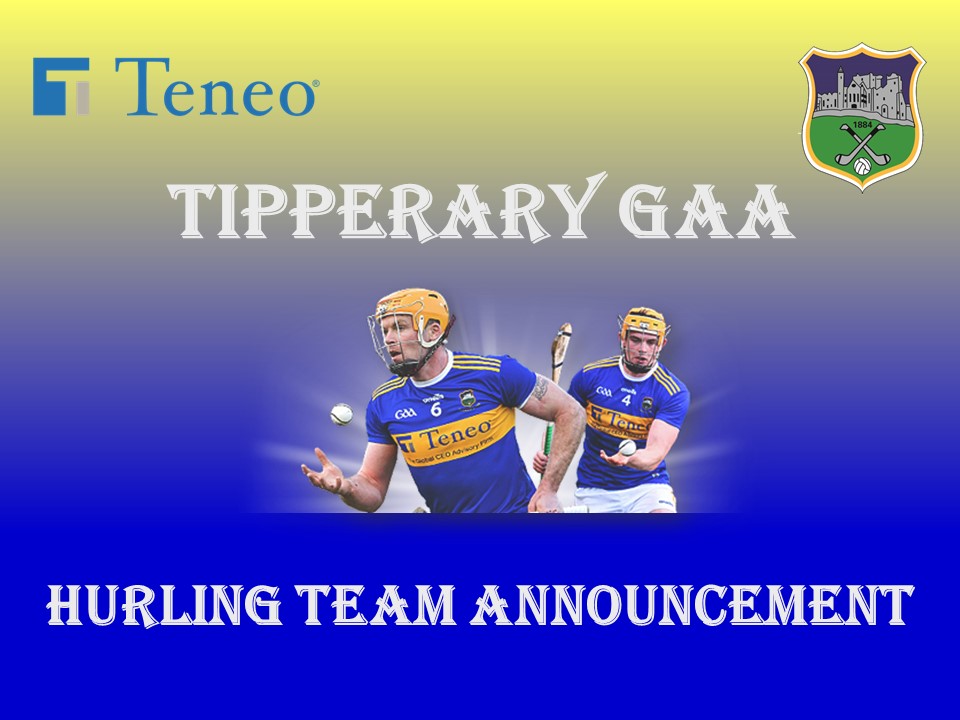 Ahead of Next Monday evenings Munster Under 20 Hurling Championship Quarter Final between Tipperary and Waterford, Tipperary Manager John Devane and his management team have tonight announced their starting 15.

The game which will take place in Semple Stadium will have the unusual throw in time of 8.05pm and will be played in front a crowd of 500 people.

Ahead of the game Borris-Ileigh’s Kevin Maher has been named as the Tipperary Captain for the coming season.

The Tipperary Under 20 Hurling team in full is: 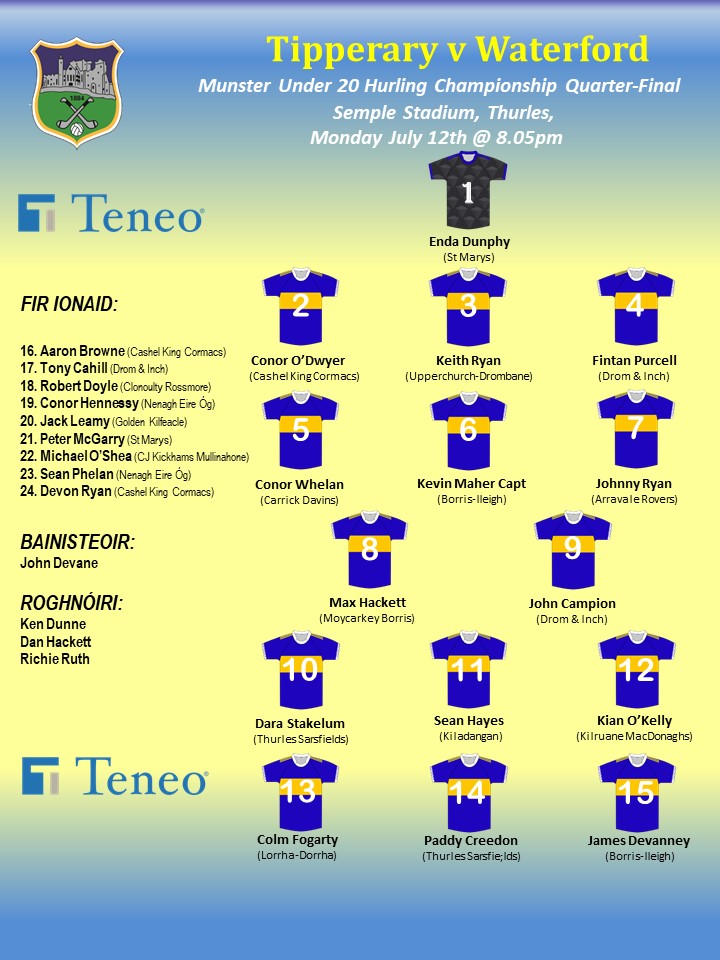