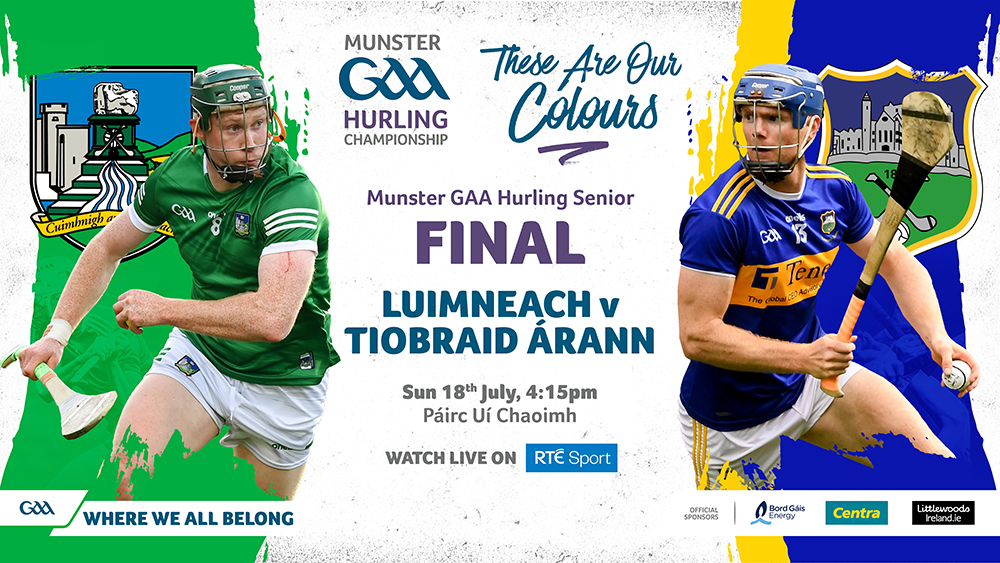 Tipperary Senior Hurlers play current Munster and All Ireland champions Limerick in this year’s Munster Hurling Final this Sunday July 18th at 4.15pm in Pairc Uí Chaoimh. With more than ideal weather conditions expected and a crowd of 7000 supporters allowed attend the game, we look forward in anticipation to the what will unfold down by the banks of the river Lee.

The team which has been chosen to take to the field on Sunday afternoon by manager Liam Sheedy and his selectors shows one change in personnel from that which started the Semi Final win over Clare. In to the team comes Kiladangan’s Alan Flynn who has been handed the number 9 jersey as John McGrath moves to the subs bench, Niall O’Meara is also named among the substitutes having missed out in the Clare game following surgery . There are also a number of other positional changes from the last game.

The Tipperary Senior Hurling team in full is: 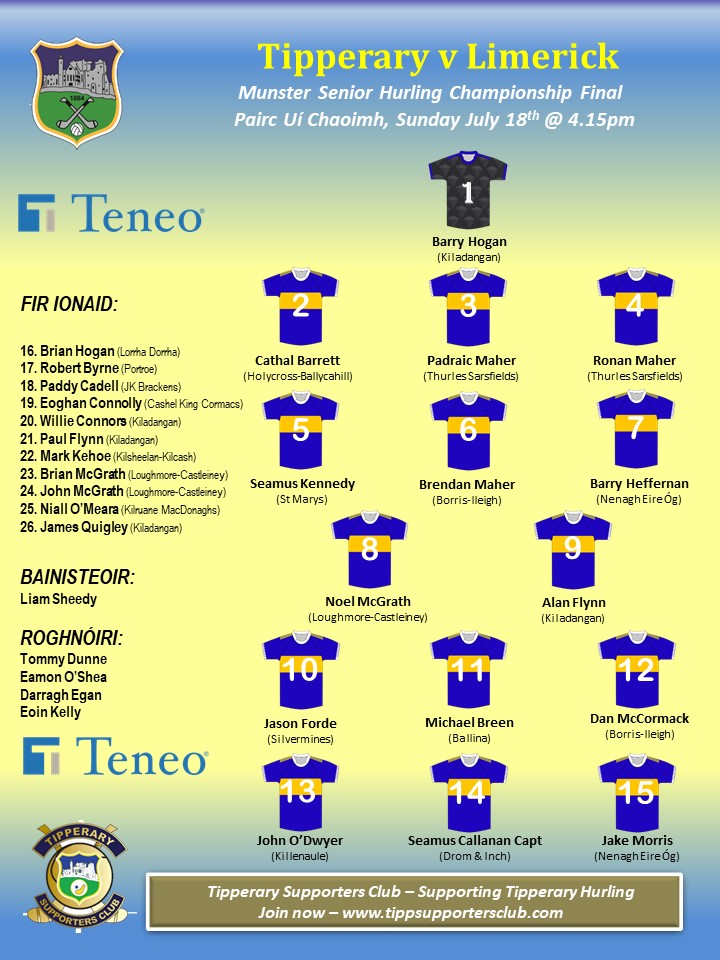 We wish the players, team management and all involved with the team in Sundays Final the very best of good luck.