Tipperary Senior Hurling Panel Announcement
Ahead of their return to training on November 24th, Tipperary senior hurling manager Liam Cahill and his management team have announced a 40 man pre league panel chosen from a large pool of clubs across the county and further afield. In total 25 clubs are represented on the current panel. A number of players who are currently unavailable due to injury have not been included at this point, the team management will continue to assess further potential panel members prior to the commencement of the Allianz Hurling league in early 2023.
The panel in full is: 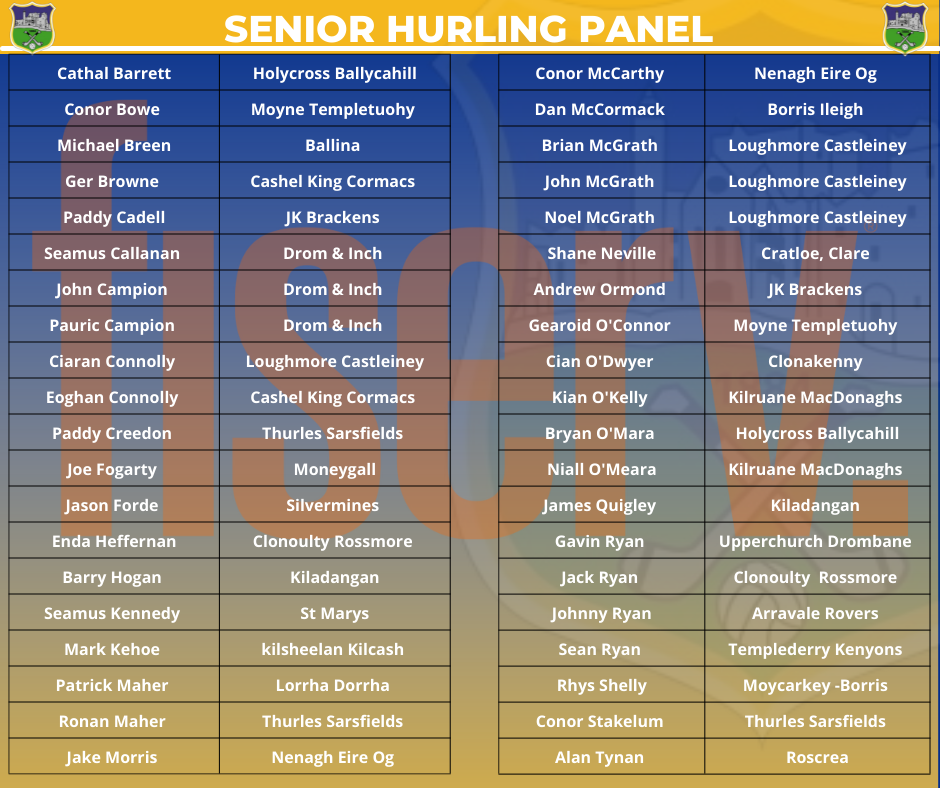 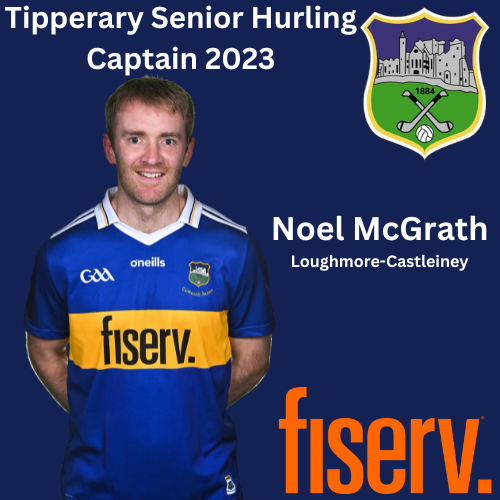 It has also been announced that Loughmore Castleiney’s Noel McGrath will be the Tipperary senior hurling captain for 2023.
Noel has been a member of the Tipperary senior hurling panel since 2009, He made his first appearance for the team on the 14th of February 2009 when he came on as a substitute in a 2-15 to 0-09 defeat of Cork. To date Noel has made a total of 136 league and championship appearances for Tipperary winning All Ireland senior hurling medals in 2010, 2016 and 2019 and Munster senior hurling medals in 2009, 2011, 2012 and 2016. Noel was awarded hurling All Star awards in 2009, 2010 and 2019.
Ronan Maher of Thurles Sarsfields will be the vice-captain for 2023.