This weekend sees the conclusion of the Allianz Leagues for both the Tipperary Hurlers and Footballers and both teams will be hoping to end on a winning note. This weekends games will also see a welcome return of a limited number of supporters attending Intercounty games which in itself will add to the sense of occasion.

For this game Liam Sheedy and his management team have made 4 changes from the team that started against Westmeath in Round 4. In to the side come Seamus Kennedy and Ronan Maher in the half back line, Alan Flynn returns to the No 8 spot while Jake Morris is named at no 15.

The Tipperary Senior Hurling Team in Full is: 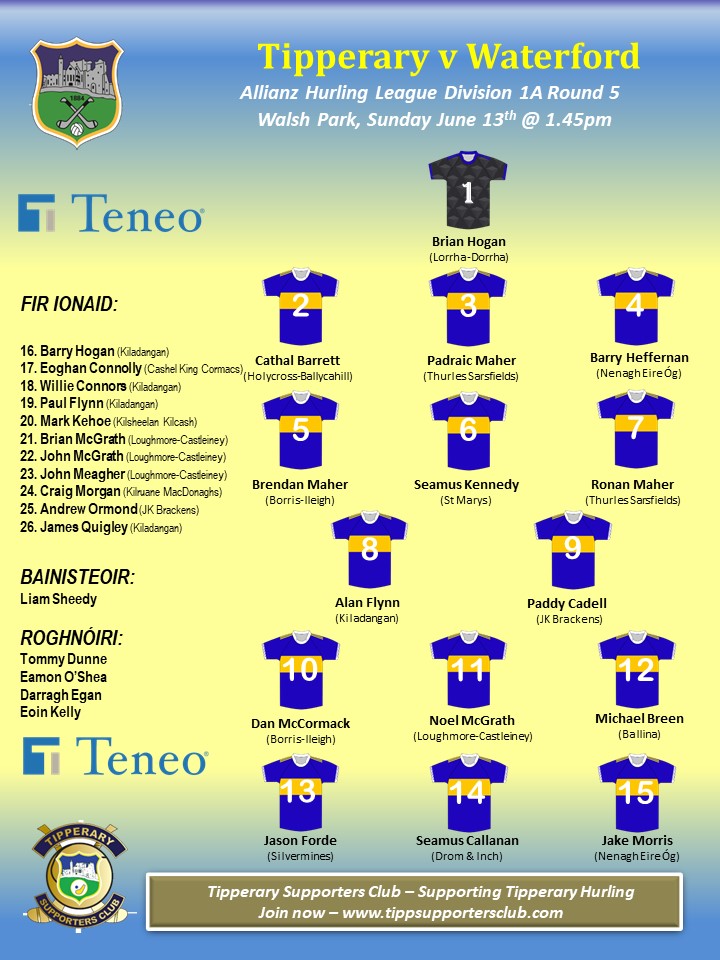 Following the hurling game, attention will quickly turn to Glennon Brothers Pearse Park where David Power’s Senior Footballers will be aiming to retain their Division 3 status with a victory over Longford in this relegation play off.

There are 5 changes to the side from that which started against Offaly two weeks ago. In to the starting line up come Shane O’Connell at right corner back, Padraic Looram and Kevin Fahey in the half back line and Dáire Brennan at midfield, while Philip Ryan will start at top of the left.

The Tipperary Senior Football team to play Longford is: 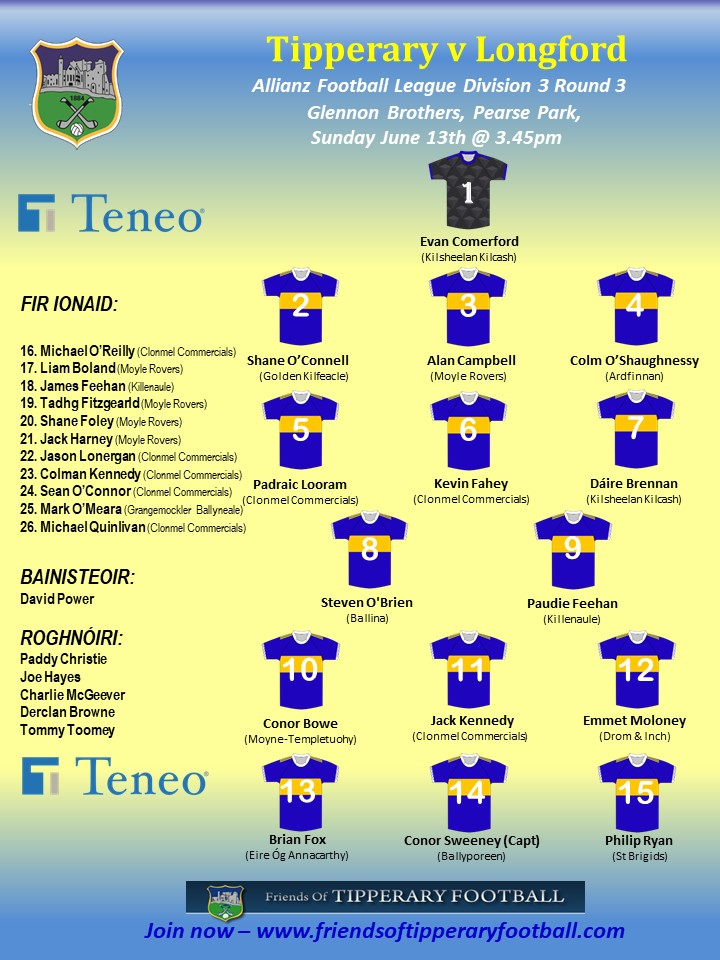 Both games will be broadcast live on Tipp FM with coverage of the hurling commencing at 1.40pm and the football at 3.40pm. Tipperary GAA will also have live updates throughout the day from both games on our twitter feed and Instagram story.

This weekend will also see a lot of activity on the club front in Tipperary with games at both Divisional and County level. With the numbers who can attend games still restricted, many of the participating clubs will be providing streamed coverage of games, so if you do not have a ticket to your clubs game you may still be able to see the proceedings live and  as they happen.