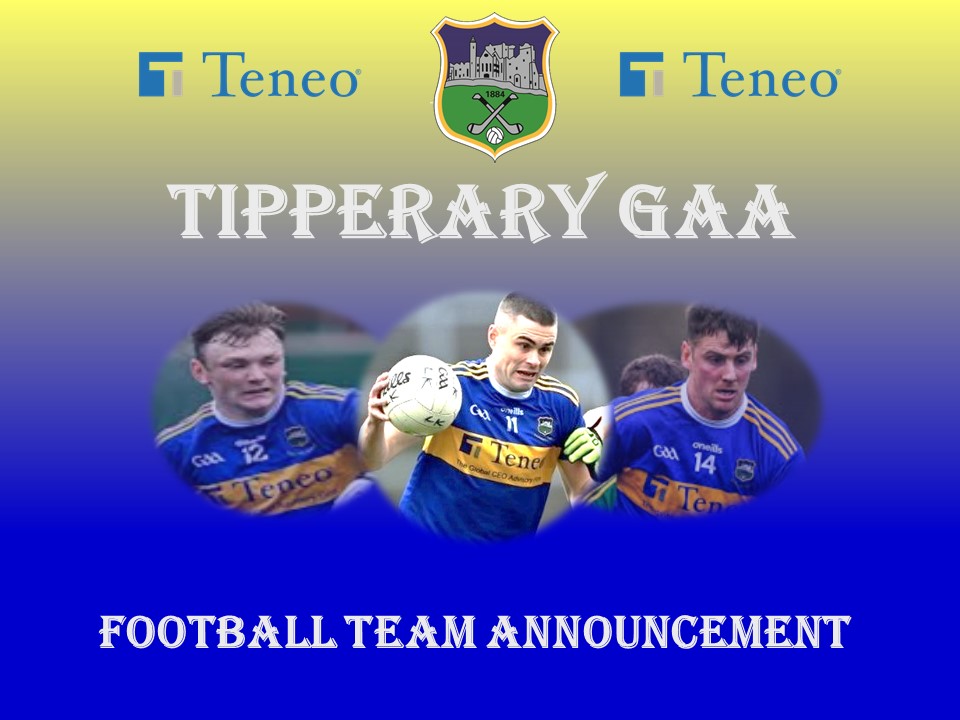 David Power has named his side for what is expected to be a hard fought and exciting game against the Kingdom.

This game sees a Championship debut been handed to Conor Bowe of Moyne -Templetuohy who has impressed during the Allianz League campaign. Also coming into the championship panel are Philip Ryan of St Brigids and Mark Stokes of Kilsheelan Kilcash, while Golden Kilfeacle’s Shane O’Connell makes a return to the championship team having been absent in 2020.

The Tipperary Senior Football Team in full is: 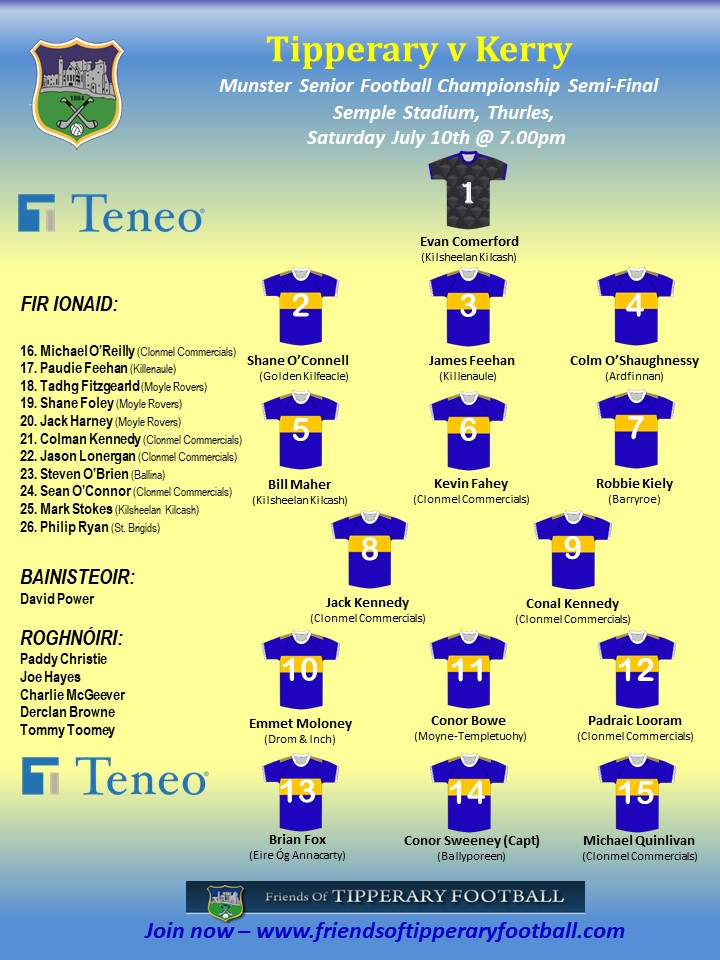 With numbers of supporters who can attend this game set at 3500, We encourage as many Tipperary supporters as possible to go and support our 2020 Munster Champions. If you are travelling to Thurles tomorrow and have an hour to spare, The Tipperary GAA Museum and Tourist Centre at Lár na Pairce will be open from 12 noon to 6pm to facilitate all the supporters coming to the game.

Admission is free to mark the reopening of the Centre following a long period in lockdown.