Last weekend was a busy one on the football front with the staging of the Quarter Finals of the senior and intermediate championships as well as in the Tom Cusack Cup.

At senior level three of the four games were played on Saturday, in Cashel the first game of a double header saw football king pins Clonmel Commercials ease their way in to the semi finals with a comfortable 0-21 to 1-02 win over Arravale Rovers. In the second game the 2021 county champions Loughmore Castleiney faced familiar opposition in Kilsheelan Kilcash in a game that was very well contested from start to finish, a John Ryan goal for the mid men proving to be the difference as Loughmore Castleiney won by 1-10 to 0-11. The third game on Saturday was played in Holycross and was part one of what will be a two part battle between JK Brackens and Upperchurch Drombane, who will also meet next weekend in the hurling Quarter Finals. The favourites tag for this game was firmly on the shoulders of the Templemore side, but Upperchurch Drombane clearly did not read the script as they took the game to JK Brackens right from the start and once they took the lead they never relinquished it, holding out to win by 1-11 to 0-10 and qualify for the senior football semi finals for the first time in their history.

The last of the senior Quarter Finals was played in Clonmel on Sunday afternoon and pitted Moyle Rovers against Ardfinnan, again this game went right down to the wire and for long periods of the game it looked as if a major upset was on the cards as Ardfinnan were playing fantastic football, but Moyle Rovers hung in and when the final whistle was blown they found themselves ahead by the narrowest of margins 0-12 to 0-11.

In the Intermediate Football Quarter Finals, the first game of the four was played under the night sky in New Inn on Friday night, this was a relatively low scoring game as Golden Kilfeacle held out for a 0-10 to 1-06 win over a very young and talented Clonmel Commercials side. On Saturday Grangemockler Ballyneale had 10 points to spare as they overcame Fethard by 1-18 to 1-08 in Ardfinnan. In Templetuohy Ballina proved too strong for Galtee Rovers as they won by 2-12 to 0-09. On Sunday in Littleton CJ Kickhams booked their place in the next round with a very one sided 5-15 to 1-05 win over Loughmore Castleineys second team.

In the Quarter Finals of the Tom Cusack Cup, it took extra time to separate West Tipperary neighbours Aherlow and Eire Óg Annacarty Donohill, with the Annacarty men having the slimmest of advantages in the end, winning by 2-13 to 2-12. In Rockwell Rovers overcame Ballyporeen by 2-16 to 0-14, Killenaule defeated Moycarkey Borris by 3-16 to 0-02 and Drom & Inch secured their senior status for 2023 with a 0-11 to 0-10 win over Cahir in Boherlahan.

As a result of these games Aherlow and Cahir will now contest the senior football relegation final.

The draws for the senior and intermediate football championship semi finals are as follows:

The draws have also been made for the Tom Cusack Cup and senior football relegation final:

The following fixtures have also been made:

Last weekend also saw the staging of the Intermediate Hurling Preliminary Quarter Final tie between Knockavilla Donaskeigh Kickhams and Cappawhite on Sunday afternoon in Clonoulty and in another belter of a game it was the Dundrum side who claimed the victory and the bragging rights with a 3-17 to 1-22 win. In the county under 19 B hurling championship semi final Borris-Ileigh defeated St Patricks by 1-14 to 2-08 and book their place in this years county final. 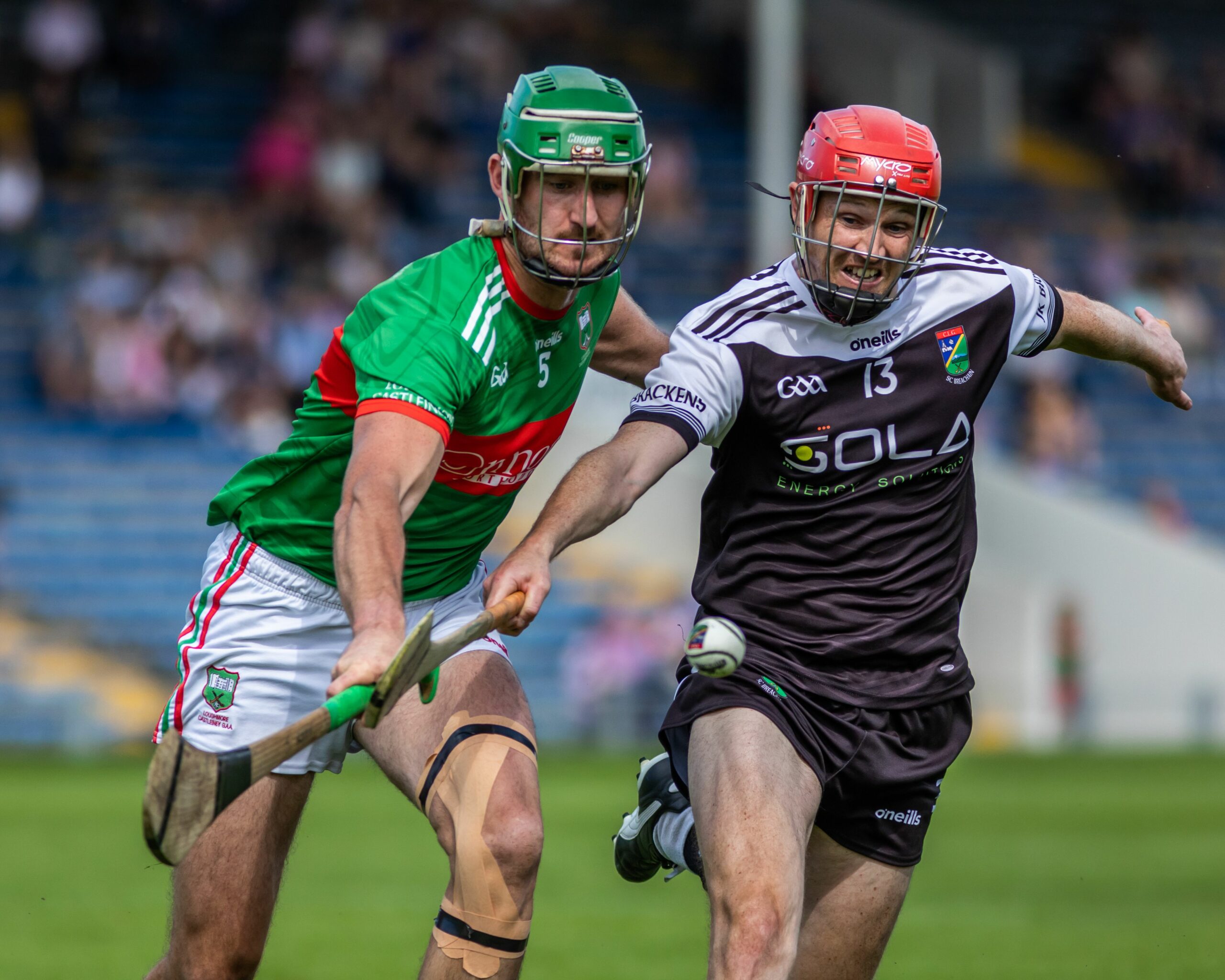 This coming weekend we have games in the senior, premier intermediate, intermediate and junior hurling championships. In the senior Quarter Finals, FBD Semple Stadium will host double headers on Saturday and Sunday afternoons. The first game of the quartet will be the meeting of Mid Tipperary neighbours and rivals Loughmore Castleiney and Drom & Inch on Saturday at 4pm, while at 5.45pm Kilruane MacDonaghs and Toomevara will go to battle. On Sunday at 2pm it’s the meeting of JK Brackens and Upperchurch Drombane, while at 3.45pm Clonoulty Rossmore and Kiladangan will meet to decide the fourth semi final spot. All four quarter finals will also be available to watch at home, with the first game on Saturday being televised live by RTE sport while the remaining games will be streamed live by Tipp GAA TV.

In the premier intermediate hurling championship the four quarter finals are also down for decision next weekend. The action commences on Saturday at 2pm in Borrisoleigh with the meeting of Cashel King Cormacs and Burgess, this game will be followed by the meeting of Portroe and Gortnahoe Glengoole at 3.45pm. On Sunday at 1pm St Marys play Silvermines in Holycross and at the same time in Toomevara, Roscrea will play Thurles Sarsfields.

In the intermediate hurling championship Boherlahan Dualla and Kilsheelan Kilcash will play their preliminary Quarter Final tie on Saturday afternoon in Cahir at 3pm. Next weekend will also see games being played in senior, premier intermediate and intermediate hurling relegation as well as in the junior A hurling championship. A full list of fixtures is available on the Tipperary GAA website as well as in the fixtures and results section of this publication.

Scór Sinsear 2022 is fast approaching. Tipperary has a proud and long tradition of Scór and we are urging clubs to continue this in the coming weeks. Our Tipperary Scór Final will take to the stage on Saturday evening October 1st at 7pm in Newport Hall. The online entry form has now been sent to all clubs. If any person or club have any queries please don’t hesitate to contact us at irishculturalofficer.tipperary@gaa.ie

We look forward to welcoming Scór Sinsear back to the stage and keep the Scór flag flying high here in the Premier County!

The all new Tipperary Clubs Draw will commence on Friday September 30th with some very attractive prizes on offer. If you have not yet joined up, its still not too late to do so. All you have to do is contact your local Tipperary GAA club or the Tipperary GAA Office on 0504 22702 and you will be able to join up straight away.

Thanks to all those who came along to FBD Semple Stadium last Sunday afternoon for the Semple Field Day in aid of North and South Tipperary Hospice. A great day was enjoyed by all who attended, with some very generous donations being made on the day.

Sport for All Funding

The Gaa have reported a phenomenal response nationwide to the Sport for All Disability Supports Club Fund for 2022 saw over 450 clubs send in applications to the GAA for submission to Sport Ireland.

The next step in the applications process is

. Size and strategic importance of the Club within the sport (membership numbers, area, facility sharing, existing diversity of activity & membership)

. Existing Club engagement with the NGB

. Level, scope, and track record of programme delivery by the Club

. Existing Governance, Financial and Safeguarding model within the Club

It is anticipated that an announcement of funding allocations will be made by December 2022. Applying does not guarantee that funding will be approved.

The Horse & Jockey was the venue for the launch of the Tipperary Coiste Na nÓg U17 Hurling Championship last Sunday evening. All competing club captains were present from the four divisions ahead of the Quarter Finals stages next weekend.

Chairman Tommy Landers presided over the launch and welcomed everyone present. He acknowledged the huge role the U17 Championship has within the County. He thanked all the clubs for sending in their captains and he wished them all the very best of luck next weekend. Tommy thanked the divisional reps present and the media for coming to promote this wonderful competition.

Each captain was then introduced to the room and Tommy gave a brief overview of the quarter finals next weekend which sees the winners of the Mid division face the runners up of the South division, the Mid Runners up taking on the South Champions. The same also applies where the North faces the West.

The evening was capped off with photos of the various captains with all present then enjoying the wonderful refreshments provided.