The 2022 FBD Insurance county hurling championships took centre stage last weekend as a total of 24 games were played across the senior, premier intermediate and intermediate grades. In group 1 of the senior hurling championship, Kilruane MacDonaghs recorded a comprehensive 4-22 to 0-10 win over Moycarkey Borris while Clonoulty Rossmore and Nenagh Eire Óg played out an entertaining draw game in FBD Semple Stadium on Sunday, the final score being Clonoulty Rossmore 0-19 to Nenagh’s 3-10. In group 2, Drom & Inch proved too strong for their opponents Templederry Kenyons as they took full points from Borrisoleigh on Friday evening, winning by 2-30 to 2-19. The second game in the group was expected to be a very close encounter, however Thurles Sarsfields had different ideas as they overcame Borris-Ileigh by 2-23 to 1-14 in FBD Semple Saadium on Saturday evening. Both games in group 3 took place on Saturday, In Clonoulty it was the meeting of Mid neighbours Upperchurch-Drombane and Holycross-Ballycahill. The form book would have suggested that “The Church” would have been expected to emerge victorious and so it proved to be the case as they scored an impressive 2-23 to Holycross-Ballycahill’s 0-21. CJ Kickhams Mullinahone and Toomevara met in FBD Semple Stadium and in another action packed encounter the game ended all square Toomevara 3-12, Mullinahone 2-15. Group 4 of the senior hurling championship was really the group to watch last weekend with both games ending all square. On Friday evening in FBD Semple Stadium, Loughmore-Castleiney and Kiladangan served up yet another very entertaining game that perhaps both sides may see as a game they could just as easily won as drawn, but in the end the points were shared on a full time score of Loughmore-Castleiney 0-18, Kiladangan 0-18.

In Group 1 of the FBD Insurance county premier intermediate hurling championship, Newport’s second half rally just came up short as St Marys held on to record a very good one point win 1-23 to 1-22. The second game in the group was between Sean Treacys and Burgess and took place on Sunday in Newport. In another highly entertaining and close game, the sides could not be separated and the game finished in a draw, Sean Treacys 0-20, Burgess 2-14. In Group 2 on Saturday evening, Silvermines overpowered their Mid Tipperary opponents Moyne-Templetuohy by 3-17 to 0-16 in Borrisoleigh. While in Cloughjordan on Sunday Liam Englands Roscrea side got their campaign off to a winning start with a good 1-33 to 4-11 win against Kiladangan. Littleton was the venue for the Group 3 clash of Gortnahoe-Glengoole and Killenaule on Friday evening. Many may have expected the points to go to the south side, but Gortnahoe-Glengoole had other ideas as they had 4 points to spare winning by 2-21 to 2-17. The second game in the group was played on Sunday in Toomevara and resulted in yet another draw as Ballina and Thurles Sarsfields shared the spoils on a final score of 1-17 each. Boherlahan was the venue for the Group 4 clash of Carrick Swan and Portroe. Yet again supporters were served up a great game of hurling that in the end Portroe claimed the slimmest of victories 1-17 to 0-19. In the other game in Group 4 Cashel King Cormacs came with a late surge to defeat Clonakenny by 1-12 to 0-13 in The Ragg.

In Group 1 of the Intermediate hurling championship, Cappawhite defeated Ballybacon Grange by 3-12 to 0-18, while Moneygall overcame Ballingarry by 1-14 to 1-12 in Templetuohy. In Group 2 Knockavilla Donaskeigh Kickhams had 4 points to spare over Ballinahinch as they won by 2-20 to 2-16, while Skeheenarinky recorded a good 1-23 to 2-15 win over Borrisokane on Sunday afterenoon in Boherlahan. In Group 3 Drom & Inch overcame Arravale Rovers by 0-20 to 1-14 while Shannon Rovers and Kilsheelan Kilcash ended all square. In Group 4 Golden Kilfeacle defeated Boherlahan Dualla by 0-22 to 1-14 and Lorrha Dorra got off to a winning start as they defeated Carrick Davins by 3-23 to 1-14.

This weekend will see the commencement of the FBD Insurance County senior and intermediate football championships. In total 15 games will take place  across the county as we look forward to what is expected to be another action packed few days in our football competitions. 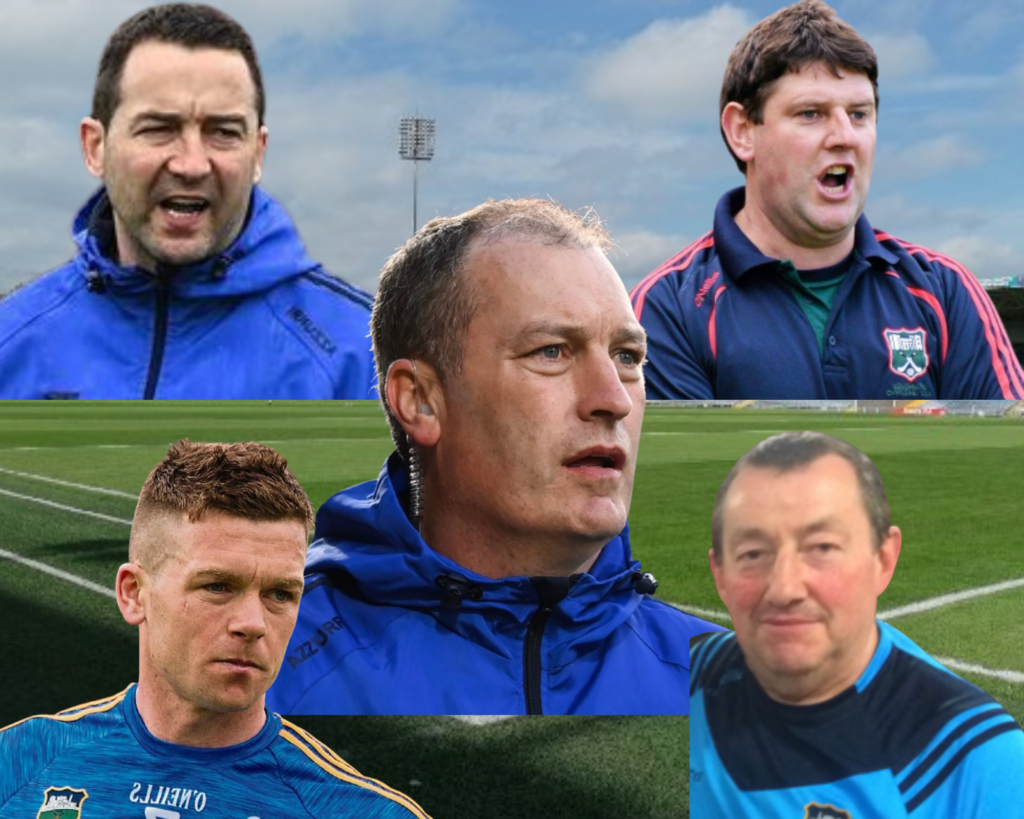 Tickets for all this weekends games are now available to purchase online via the ticket section of the Tipperary GAA website at a cost of €10 for adults and €5 for students with a valid ID. Under 6’s are free into our games and do not require a ticket. From next weekend Tipperary County Board will also be offering a tap and go service at all venues, so if you are not in a position to pre purchase your tickets you can now pay on entry to the venue with your credit or debit care. Please note that Tipperary GAA will continue to comply with Croke Park guidelines which means cash will not be taken at any venue. Our Tipp GAA TV streaming service continues this weekend. In total this year there will be up to 30 games available to view via our Tipp GAA TV streaming service with the following pricing structure in place, Season pass €120, weekend pass €25 and single game pass €10. You can now purchase your 2022 season pass or desired game in next weekends senior football championship via the following link: https://page.inplayer.com/TipperaryGAA/

The July Tipperary clubs draw took place in The Dome Semple Stadium last Friday evening July 22nd, this was draw no 11 which was the final draw of the current draw. Congratulations to all this months winners and thanks once again for your continued support. We now look forward to the all new 2022 – 2023 draw which will be launched in the coming weeks. If you would like to join the Tipperary Clubs draw, contact your local club or Lar Na Pairce who will be glad to help you.

The Tipperary GAA Raceday took place last Monday, July 25th at Galway races. This event forms a major part of our fundraising activities each year and continues to be extremely well supported. On the day guests were kept entertained by MC Paul Collins who presided over a very successful auction as well as interviewing a number of special guests. We thank all those who attended or supported our Raceday and made it the great occasion it was.

In 2010, Coillte were confident that, based on ash tree plantation, Ireland would be self-sufficient in the supply of Ash for hurley-making by 2022. Fast-forward 12 years and unfortunately that estimation has sadly proven well wide of the mark. Everything changed in 2012 when ash dieback disease arrived on these shores. Chalara Fraxinea, to give the disease its Latin name, is a fungal disease that’s believed to have existed for centuries in eastern Russian and parts of China. When trees from those regions were brought to Europe, the disease quickly spread through the continent to the point that it’s feared the ash tree species will eventually be totally wiped out.

Ash dieback is highly contagious and because it’s windborne it quickly moves from one plantation of trees to another. Spores of the fungus are carried in the air, settle on leaves during the summer months, and spread through the rest of the tree from there. When a tree is infected, it effectively rots from the inside out, making it good for nothing other than firewood. The prevalence of ash dieback in Ireland, allied to the restrictions of planting ash, means that things will get worse before they get better and land owners can get a return on their investment in planting ash. This problem is compounded by the fact that it is difficult to get felling licences to cut down existing ash, so trees that are currently healthy may well be infected by the time it’s possible to harvest them.

Hurley-makers have had to import ash from abroad to make up for the short-fall in Irish ash, but now this supply-line has been threatened by ash dieback as well as the war in Ukraine where many hurley-makers source their ash. Back in March, Canning hurleys were forced to go out of business because they simply couldn’t source enough ash planks anymore, and it seems inevitable that more hurley makers will soon find themselves in the same tough corner.

The GAA has been proactive in trying to come up with innovative solutions to what’s an increasingly dire problem, with the Ash Tree Society taking the lead in this regard. Headed up by the GAA’s Director of Organisational Culture, Planning, and Development, Pat Daly, it also includes key stake-holders from Coillte, Teagasc, the Department of Agriculture, the Irish Guild of Ash Hurley Makers, and the Limerick and Tipperary Woodland Owners.

The Ash Tree Society has focused on three key initiatives:

1: Breeding Ash trees that are resistant to disease.

Generally, one in 100 trees show a high degree of tolerance to ash dieback. So, after a trawl of more than 20,000 ash trees around the world, 200 were selected and used as breeding stock.

This involves using ash cuttings from higher up the tree as distinct from root ash and using a process of jointing and gluing to develop a ‘reinforced’ hurley.

This involves a synthetic handle and shaft with a piece of wood, not necessarily ash, glued to either side of the shaft with a view to replicating the inherent qualities of the ash hurley. The first strategy, breeding ash trees that are resistant to disease, is a long term one and it will take 15-20 years before the impact of this will take effect at grassroots level. This means, by necessity, that the focus for now will be on developing ‘reinforced’ and ‘hybrid’ hurleys. Hurley makers who might have been resistant to going down that route are now beginning to realise that they may have little other option. Hurley’s made from material other than ash will also have to become more of a focus in the coming years.

We extend sympathies to Aine Maher Wife of County Assistant Secretary Tom Maher on the passing of Aine’s mother Mary Doherty Templetuohy earlier this week. We also sympathise with all those who have had bereavements in the recent past.