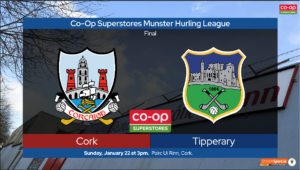 Tipperary will travel to Pairc Uí Rinn in Cork this Sunday January 22nd where they will play the home side in the 2023 final of the Co-op Superstores Munster Senior Hurling league. Having performed well in the group stages of the competition, Liam Cahill and his management team will be hoping for another winning performance by the banks of the Lee in what should be a very competitive contest as is always the case when the two sides meet. With the commencement of the 2023 Allianz hurling league just two weeks away, every player on the panel will be hoping to stake a claim on a starting place and what better way to do so than in a Munster League Final. The game throws in at 3pm and you can find ticket and streaming details on the Munster GAA website via the following link: https://munster.gaa.ie/event/2023-co-op-superstores-munster-hurling-league-final/

The Tipperary Senior Footballers welcomed Limerick to a very cold and wet Fethard all weather pitch, last Saturday afternoon for their McGrath Cup group B clash. Having already defeated Waterford in the opening game, David Powers side knew that a victory in this game would secure them a place in this year’s final and with the game well in to injury time it looked as if this would be the case. However a last gasp Limerick point levelled the game and that meant that it was Limerick who qualified on scoring difference. While the players will be disappointed not to have another competitive game ahead of their opening round Allianz League clash with Down, they can all be very happy with how they have performed in their two McGrath Cup games. The final score in Fethard was Tipperary 2-10 Limerick 1-13.

The Cumann na mBunscoil County Finals were hosted by Youghalarra & Nenagh Clubs. We had 14 Schools Competing Ardcroney, Burgess, Ballinaclogh, Kilruane, Newport, Ballytarsna, Lissenhall, Ballina,Carrig, Gaelscoil Nenagh, Gaelscoil C-O-S,CBS Nenagh, Silvermines & St Mary’s CBS. We had 51 Players taking part resulting in 31 Games Played. All games were played off to Finals in both Courts with all the Finals played in Nenagh. A big thanks to all who refereed in both venues and helped out in any way . Both Winners and runners up received Medals with the Winners going forward to represent Tipperary in the Munster Finals in early February.

Congratulations to Ardfinnans Derek O’Mahony who has been appointed to referee this year’s AIB Club Football Final between Glen v Kilmacud Crokes which takes place in Croke Park this Sunday January 20th at 3.30pm. This appointment is nothing less than what Derek deserves as he has proven himself to be one of the best in the business for many years now. We extend our best wishes to Derek and his team of officials whom I am sure will do an excellent job on Sunday. The game will be broadcast live on TG4 as part of a double header with the AIB Club Hurling Final between Ballyhale Shamrocks and Cúchullains Dunloy which throws in at 1.30pm. 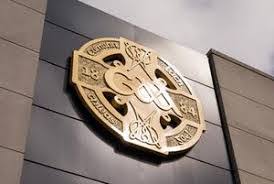 The GAA Oral History Project was commissioned by the GAA as part of its 125th anniversary celebrations in 2009. The aim of the project was to record, collect and preserve the memories, stories and opinions of the people involved in the GAA.

Under the direction of Boston College, 790 interviews were conducted with approximately 1,300 GAA fans, players and administrators between 2009 and 2012. The information collected in these interviews is presented here for current and future generations to listen to. Through these interviews, listeners can get an understanding of what the GAA means to people and its place in Irish society.

Jimmy Butler Coffey was a hurler for Tipperary minor team and then senior team from 1926 to 1947. In this interview, he explains the highlights and lowlights of being a county player at the time. He recalls some great stories of his time as a player and mentions Tipperary best successes in the 1930s such as the 1930 All-Ireland finals against Cork and the 1937 All-Ireland final against Kilkenny. He discusses the differences between hurling now and hurling in his childhood when he was playing with a crooked stick instead of a hurl. He also mentions playing against some of the best hurlers of that time like the Mackey brothers from Limerick and Paddy Phelan from Kilkenny. He also refers to events in Irish History, such as the Civil War and the Foot and Mouth outbreak of 1941, and how it had an impact on the county hurling team. The interview ends with Jimmy discussing his family involvement in the GAA. You can listen to the full interview via the following link: https://www.gaa.ie/the-gaa/oral-history/jimmy-butler-coffey/ 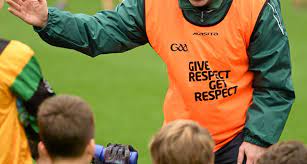 To create a coaching system which produces and supports the development of coaches and players at all stages of development, the GAA has revised its Coach Education Programme to take account of the different playing capacities that exist between children (up to 11 years), youths (age 12 – 17) and adults (age 18+), and the competencies that a coach is required to display when working with each of these playing populations. These streams have been identified to cater for the diverse needs of children, of youths and of adults as established in the Player Pathway.

The aim of the GAA Coach Education Programme is to ensure that all players and teams are coached by a person qualified to the appropriate level who can enable them to achieve their full potential.

The programme provides the opportunity for coaches to specialise in catering for the particular needs of Child, Youth and Adult players as they strive towards Total Playing Performance (TPP). It recognises that they will be best qualified to do so when using a games-based approach to training and development and when they have the required level of management and leadership capability, developed through a process of experience and reflection.

The Coach 10 Model identifies the Motivational & Vocational Attributes which combine to drive this process and create an environment within which Coaching and Communication Inputs produce a Cohesive Team within a context of individual and collective well-being.

The programme is grounded in the Association values of Community Identity, Amateur Status, Inclusiveness, Respect, Player Welfare and Teamwork.

The Coach Education Programme focuses on continuing education, so that coaches can improve by means of a series of specifically designed courses, workshops and conferences incorporating internationally recognised principles of best practice. The principle of Applied Lifelong Learning makes provision for coaches to continually develop their skills and to progress at a rate suited to their own development.

If you would like to become a GAA coach contact your local GAA club for details on upcoming coaching courses in Tipperary.

Healthy Eating in the GAA

The GAA are firm advocates for a healthy, well-balanced and sensible diet. Balance, flexibility, variation and experimentation are key to building healthy eating habits and a developing a healthy relationship with food. Food is fuel and should be enjoyable, there is no such thing as “good” or “bad” foods, balance is key. The benefits of a well- balanced diet are both physical and emotional and include;

Healthy Eating Guidelines can be downloaded from the GAA website to guide individuals on the most recent, evidence based recommendations.

In addition, the GAA have developed a fantastic resource, Recipes for Success booklet, aimed at young GAA players who want to maximise their performance by fuelling their bodies with real food adequately.