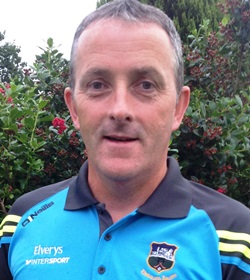 Commiserations to Ballybacon-Grange as their efforts to succeed in the AIB Munster Junior Club Hurling Championship Final went unrewarded as they lost out to Ardmore (Waterford) last Sunday on a score-line of 3-11 to 2-8 with Brendan Cummins and Declan Walsh the Ballybacon goal scorers.

The semi-finals of the Tipperary Water County U21 A Hurling Championship took place last weekend with Holycross-Ballycahill defeating Carrick Swan 1-25 to 1-8 while Kiladangan defeated Rossmore 1-18 to 1-7.

The final between Holycross-Ballycahill and Kiladangan will be played this Sunday December 10th in Templederry with a 1:30pm throw-in and extra time will be played if required.

Congratulations to Moycarkey-Borris who claimed the Tipperary Water County U21 B Hurling title following their 0-28 to 4-11 extra time win over Lorrha-Dorrha also in Templederry.

The Tipperary Water County Hurling League Division 5 Final between Ballybacon-Grange and Knockshegowna will be played this Saturday, December 9th in Templetuohy at 1:30pm.

Best wishes to Cashel King Cormacs who play Cromane (Kerry) in the Munster Junior B Football Semi Final next Sunday December 10th, at 2pm in Knockaderry, Limerick. The winners will play Ballybrown (Limerick) in the Munster Final.

For a full round up on all results and fixtures, please check the Tipperary GAA website https://tipperary.gaa.ie/ or the fixtures/results section in your local newspaper.

Tipperary will take on Laois in an inter-county hurling challenge match this Saturday, December 9th at 2pm in Kiladangan GAA Grounds with all proceeds going towards Kiladangan NS defibrillator fund and Living Links Ireland.

Entry fee is €10 and children will be admitted free.

Congratulations to Aishling McCarthy (Cahir) who was awarded the TG4 intermediate Players’ Player of the Year award recently. Aishling was also player of the match in the All-Ireland football final victory over Tyrone and her recent achievement caps off a tremendous year for her and Tipperary Ladies Football.

Commiserations to Thurles CBS who lost to St. Kieran’s Kilkenny 1-13 to 0-14 in the All-Ireland Junior A Under 16.5 Hurling Final last Saturday.

Thurles CBS and Nenagh CBS meet in round 3 of the Dr. Harty Cup Group D in Templemore this Wednesday, December 6th at 1:30pm.

Best wishes to Scoil Ruain Killenaule who play Ballincollig Community School in the final of Corn an Dara Ui Dhonabhain (16.5 C H) Final in Cappoquin at 12:30pm also this Wednesday.

Next Tuesday, December 12th Scoil Ruain are in action again this time in the Corn Risteard Ui Mhathuna (18.5 C H) KO last 16 where they will play Ard Scoil Na Mara, Tramore in St. Mollerans with throw-in at 12:30pm.

On Friday next December 8th, in the final of the Corn Mhic Gabhann U18.5 (A) Football, High School Clonmel will play Rockwell College in Cahir at 12:30pm.

While on Tuesday next December 12th in MacDonagh Park, Nenagh CBS will  play Scoil Phobal Roscrea in the Corn Bhrathair Uí Dhaltuin U18.5 (B) Football semi-final.

Halla na Féile Cashel was the venue for the County Final of Scór na nÓg on Sunday afternoon last. Each competition was hotly contested agus bhí caighdéan an ard den siamsaíocht ar an stáitse i rith an lae. Dhein Seosamh Ó Baoill as Borrisoleigh job iontach mar fhear an tí agus an Ghaeilge ar a thoil aige. Is leaid óg deisbhéalach é agus chuir sé na hiomaitheoirí uile ar a suaimhneas. Well done to all our wonderful competitors and their hard working mentors and we wish all the winners the best as they contest the Munster Finals in Ovens on January 7th, 2018. Thanks to all committee members yet again for all their help and a particular mile buíochas to Mark Dunne who assumed the role of Máistir na gCeist on the evening.

In tráth na gceist Loughmore Castleiney will go straight through to the All-Ireland Finals in Sligo in February 2018 and best wishes to them in the final.

We applaud all supporters and well-wishers who were there to support these young people and we hope this support will be evidenced yet again in Ovens on January 7th next, Mol an Óige.

Chairperson of Tipperary Scór Josephine Cahill took a moment to wish Kathy McGrath of Newcastle all the best on her upcoming wedding day, December 29th and thanked her for her continued contribution to Scór an Chontae.

The December Tipperary GAA Draw takes place on this Thursday, December 7th in Berties Bar Dundrum at 10pm in conjunction with the West Board Convention on the same night in Dundrum GAA Centre. Knockavilla Donaskeigh Kickhams will host the draw and the first prize is a Skoda Octavia.

The Munster Council announced details last week of the 2017 Development Grant Scheme, which has provided €1,004,700 in funding for club and school capital development projects across the province.

Council Chairman Jerry O Sullivan said “I am delighted to announce the awarding of €1 million in grants supporting development projects in 108 clubs and 3 schools throughout Munster.”

He added “The grants provided would not be possible without the great support we get from the many thousands of people who attend our games each year. We are very fortunate to have such loyal support in the province and we are delighted to be able to redistribute income from games to the clubs and schools.” Of the fund available this year, Central Council provided €540,000, with the balance of €464,700 coming from the Munster Council’s own resources

We extend the sympathies of Coiste Chontae Thiobráid Árann and all Tipperary supporters to Liz Howard and the Howard family on the passing of Kathleen Howard RIP, sister of Liz.

Sympathy also to the family of the late Willie John Daly, All-Ireland senior medal winner with Cork in 1952/53/54 who held the distinction of refereeing the first Munster Under 21 final at Waterford in 1964 when Tipperary won by 8-9 to 3-1 defeating Waterford and later beat Wexford by the same score line in the All-Ireland final.

Tipperary GAA has launched a loyalty CashBack Card which as a Tipperary supporter each individual that registers is doing their small bit in support of the county cause. Loyalty cards were sent out with club draw receipts to all members and as there is no charge in registering you can opt in immediately. If anyone who doesn’t have a loyalty card and flyer please call to Lár na Páirce to pick up one. Register as per details on the CashBack flyer. To activate the card, holders must complete the registration and then please email, post or drop off your registration details to Lar na Páirce, Slievenamon Road, Thurles or secretary.tipperary@gaa.ie