Tipperary GAA wish to advise you that Tipperary senior hurler Padraic Maher has informed us of his decision to retire from hurling on medical grounds.
Padraic has released the following statement:

It is not the end I would have wished for, but the time has come for me to announce my retirement from hurling. Unfortunately, I recently received medical advice regarding a neck injury, and I have been advised to step away from contact sport. It is heartbreaking to have to make this decision, but it’s the most important one for me and my health moving forward. 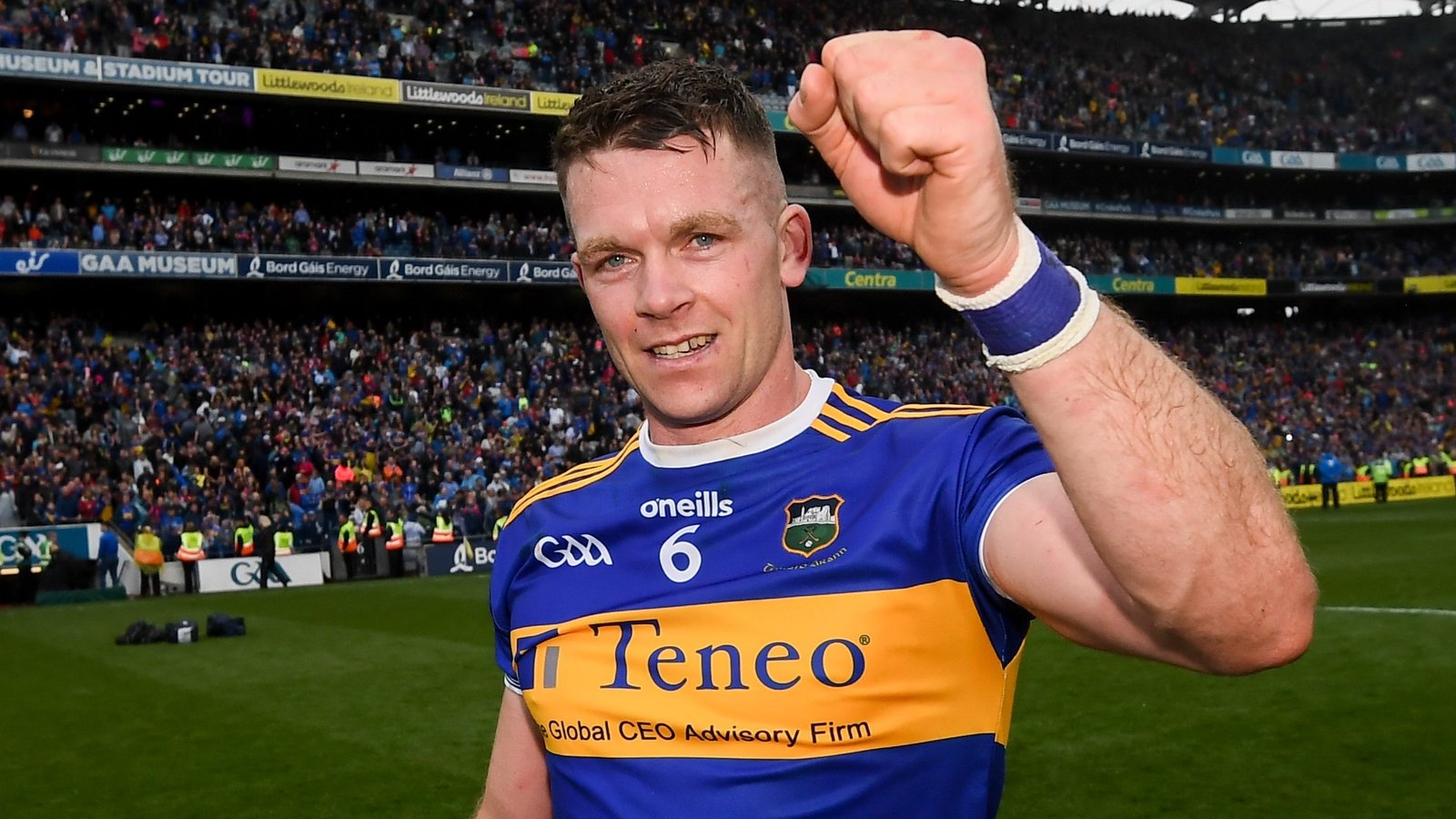 Representing Tipperary has been my lifelong dream and I am truly honoured and privileged to have played for Tipperary for 13 seasons. I have made some truly great friends and met some great people. I have made memories that will stick with me for the rest of my days. While I truly wished this could have lasted a bit longer, I am glad that I can look back and know that I gave everything I had for the blue and gold jersey.

I want to thank all the Tipperary players I played with over the years, some of whom are the greatest to ever represent this county. To all the management teams, backroom personnel, doctors, and physios, there is no doubt we were in great hands with you all involved. I am truly grateful for all you have done for me. The Tipperary County Board, the Tipperary Supporters Club, and the various sponsors, have never left us wanting for anything and I want to thank you all sincerely for your support.

Tipperary supporters are some of the most passionate in the country and it was a privilege to represent you all.

The GPA have given great guidance to me along with my fellow players and I want to thank them for their continued support throughout.

What can I say about my beloved club Thurles Sarsfields. What you have all done for my career is unbelievable. The support I received, the great years on the field and the memories we have, I will cherish for the rest of my days. While I might not get to put on that famous blue jersey anymore, I will never be too far away from ‘The Outside Field’.

To Scoil Ailbhe, Thurles CBS and Durlas Og, there are too many people to name but I want to say a massive thank you to everyone for their guidance and advice which helped the development of my hurling career.

An Garda Síochána have shown me tremendous support over the years and I want to thank everyone in both Mayorstone and Henry Street Garda Stations for their ongoing support.

My parents Paddy and Helen, no words can do justice here for what you have done for me. I wouldn’t be where I am today without your support. Thank you so much.

One of my highlights was getting to play with my brother Ronan. We have made memories that will last us a lifetime. I will be your biggest supporter now and will continue to follow your already remarkable career with excitement.

My extended family have always been a great support to me, and I hope I gave you many good memories to cherish over the years.

My fiancée Claire, the support and sacrifices you made for me, you don’t know how much it means to me. I hope I can now repay you by giving you the time and support you so richly deserve.

Finally, to the Tipperary team, I wish you all the best for the year ahead and I look forward to following you all over the country in what I hope will be a successful one for you all. I’ll be your biggest supporter.”

The news that Padraic Maher is retiring on health issues will be greeted with great disappointment by all followers of the Blue and Gold. Padraic has been one of Tipperary’s most consistent performers over many years and has been a true leader of Tipperary Senior hurlers with many inspiring performances. He was always a man for the big day and often gave his best performance for both club and county in championship finals. On the field he displayed tremendous courage and tenacity and was never found wanting in the heat of battle. He will be remembered as one of the greatest Tipperary hurlers and on behalf of all Tipperary followers I wish him well in his retirement. Thank you Padraic.

On behalf of Tipperary GAA, players and management past and present and all Tipperary GAA supporters, thank you Pardaic. You were a true leader a warrior and an inspiration to so many over the course of your career.