Colm Bonnar in the first phase of his plan in bringing back All-Ireland glory to Tipperary announces his direct management team of hurling coaches and selectors. In deciding on his team, Colm says ‘I focussed on ensuring that I had a diverse and inclusive team where our playing careers for Tipperary span every decade from the 1980’s to the 2010’s, and each of the 4 divisions of Tipperary are represented also’. He went on to say that ‘the group also have a lot in common with all having proud Tipperary hurling careers, county titles with our clubs, Fitzgibbon titles, coaching experience along with academic credentials, continuing in the professionalism of our approach’. Over the coming weeks there will be further announcements in terms of S&C, performance coaching, Analysis experts and other backroom members. 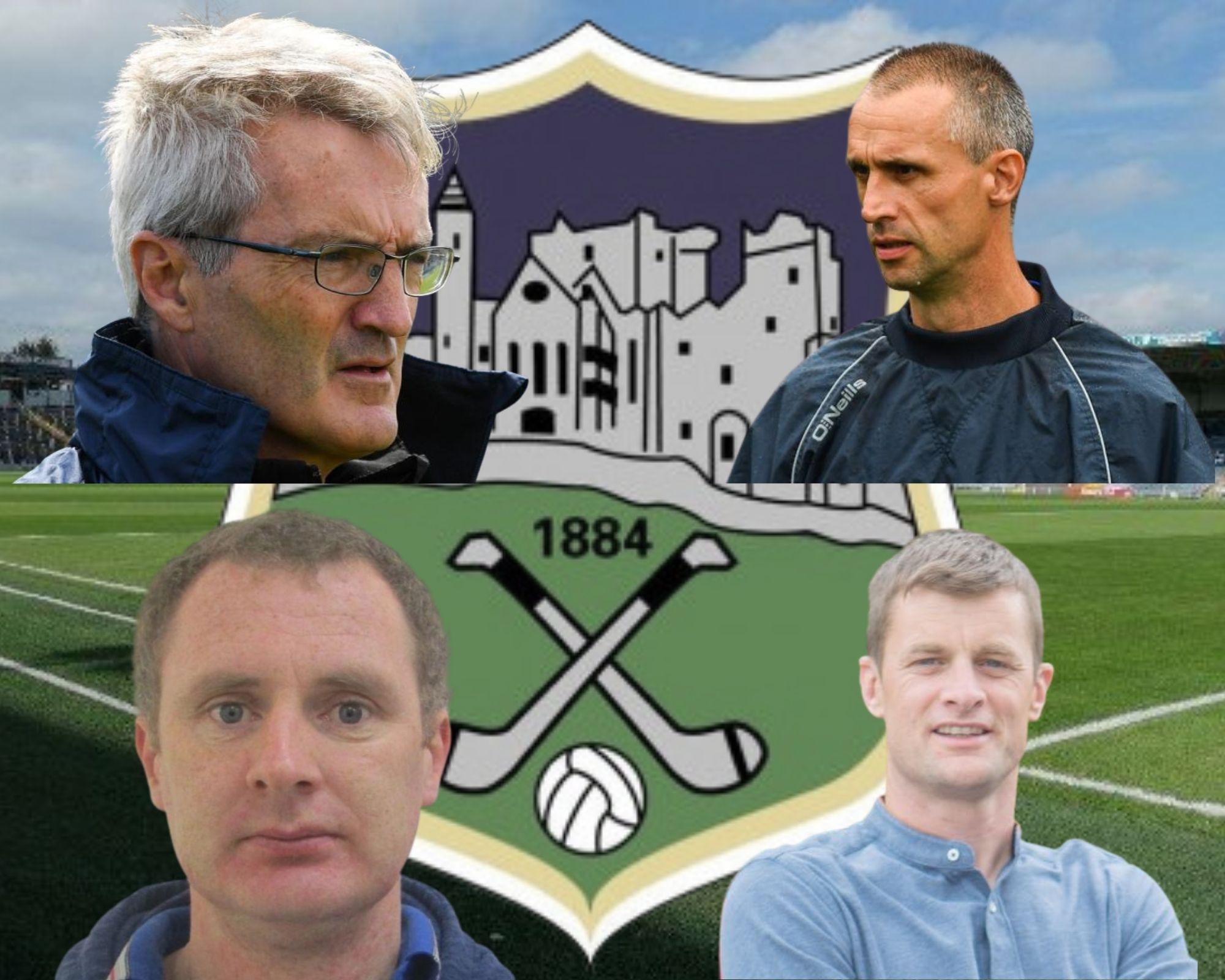 In announcing his team of Tommy Dunne of Toomevara, Johnny Enright of Thurles Sarsfields and Paul Curran of Mullinahone, Colm went on to say that he ‘was very proud and grateful to have such calibre of Tipp men willing to join him and to commit to this exciting journey. We all know the levels of commitment required from our decades of hurling with Tipperary and we do not underestimate the challenge in front of us. The four divisions being represented is also a clear signal that we will be looking in every corner of Tipperary to ensure that the best talent across our county will be given an opportunity, and that process has already started by each of us’

Tommy Dunne, our North representative, played with Colm in both WIT and Tipperary and brings huge experience to this team. As a player, he is a 3 time All Star, made 44 championship appearances and was hurler of the year in 2001 when he captained Tipperary to the 2001 All-Ireland, along with many other playing achievements such as Munster championship (2), National League (3) and Railway cup medals (2). At club level he is the holder of an incredible 10 County Senior Hurling Championship medals and 3 Munster club titles. In his coaching career, he has coached Tipperary teams to All Ireland success at minor, Under 21 and Senior (in 2019). He also coached the Dublin Senior hurlers to a Leinster title in 2013 and was manager of the Tipp minor hurlers to win the Munster championship in 2018. This coaching experience is backed up with a BSc in Fitness & Conditioning for Sport (Setanta) and a MSc in Sports Performance (UL). Colm says, ‘I have been a big fan of Tommy since our playing days together and while I was keen to ensure some continuity to the set-up, Tommy is really excited about the new approach we have been discussing over the last number of weeks’.

Johnny Enright, our mid representative, has represented Tipperary at all levels winning a Munster Minor hurling title in 1994, and was part of the senior hurling panel over a 7 year period. Over a twenty year playing career with Thurles Sarsfields, he won four Senior hurling championships and one Munster Championship along with captaining them to county honours in 2009. He is the holder of 3 Fitzgibbon Cup medals with UCC. Johnny was part of the Thurles management team for the 2017 County championship win and was coach to Nicky English’s UCD Fitzgibbon Cup team over a three year period.  More recently he coached the Meath Senior hurling team for the 2021 season. Colm says ‘I am delighted with Johnny’s enthusiasm for the role and his fresh ideas will be a real asset to this team. Johnny’s commitment is all the more impressive given that he will be travelling from Kildare’. Johnny is also a graduate with a BComm and HDip in Computer Science from UCC and a Diploma in Management from UL.

Paul Curran, our South representative, is a 2-time All Star having made 43 appearances for Tipperary, is an All-Ireland Senior hurling winner in 2010, along with 4 Munster senior hurling medals, 2 National League, 2 Fitzgibbon Cups with WIT, 2 Railway cup medals and a Tipperary senior club championship with Mullinahone in 2002. Colm says that ‘Paul is a great addition to our team and at 39 is the only one of us still playing for his club in the upcoming Dan Breen senior hurling quarter finals. Paul is steadily making a name for himself as a very talented coach having already coached the likes of O Loughlin Gaels in Kilkenny and was Antrim’s senior hurling performance coach in 2021. He has also done Team development workshops with Kilkenny Snr camogie team in 2021. Paul brings a vibrancy to our team and is making inroads in the area of Performance /Lifestyle coaching where I believe he will help us make a real connection to current players’. Paul is also a graduate of UCC with a MSc in Personal and Management Coaching.

Overall, Colm says he ‘believes that he has the right mix of experienced and younger coaches, continuity with a significant fresh approach, with all areas of the county represented and a diversity of thinking spanning 4 decades of Tipperary hurling. We have a lot of work still ahead of us, but this is a great start for me and I am very grateful to each of the lads for coming on board’.

Tipperary Under 20 hurling manager Brendan Cummins has also finalised his management team for the coming year, with former Kerry senior hurling manager Fintan O’Connor (Coach) being joined by selectors Martin Maher (Borris-Ileigh) and Shane Stapleton (Golden-Kilfeacle).  Brendan feels that he has achieved the right balance that will help nurture and develop players into top quality intercounty athletes who will be able to compete and be successful at the very highest level with Tipperary.