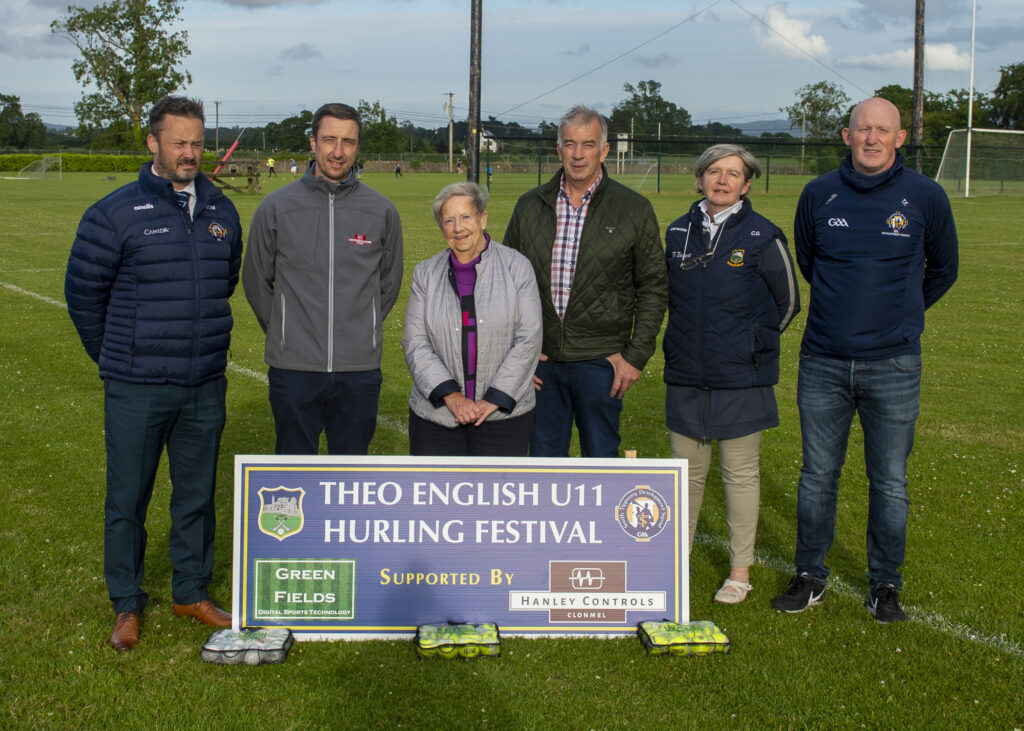 Boys and girls from South Tipperary juvenile clubs will serve up a “festival of hurling” across the division on Sunday July 10th . Following the success of the county wide Michael Hogan Festival of Football, and as part of a South Tipperary Games Development initiative, this under 11 hurling festival promises to be wonderful occasion and will take place in honour of one of South Tipperary’s greatest sons, the late Theo English (1930-2021). The purpose of this festival is to promote the development of juvenile hurling in South Tipperary with emphasis on blitz-style games.

Theo English was a hurling colossus during Tipperary’s golden era of the 1960s. The marvellous hurling skill and intellect which Theo possessed, uniquely complemented his athletic and uncompromising brawn, placing him as Tipperary’s greatest ever midfielder. His overhead hurling prowess was unrivalled and his resolute work-rate set him apart as a leader on a team of legends. A role model for any aspiring young hurler, Theo did the simple things well and did it all the time. As a trailblazer for South Tipperary, he won his first All-Ireland in 1958, and added four more in 61,62, 64 & 65, majestically patrolling midfield on the greatest hurling team of the twentieth century. A referee, and a renowned club coach, he is remembered in later years for serving astutely as part of Tipperary’s selection committee in the years that bookended the famine, 1971 and 1989.

Host venues will be decided on in the coming weeks and clubs will have the option of entering two teams. Every team will be guaranteed three matches which will be officiated by GO Games “Young Whistlers” from the division. The event is generously sponsored by Green Fields Digital Sports Technology and Hanley Controls, Clonmel and once the host clubs are finalised, we would encourage patrons to come along to your nearest venues and support these young players, and perhaps watch a new Theo English being discovered .