I wish to announce my retirement from the Tipperary Hurling team. It has been an honour to have represented my county at senior level since my debut in 2001. I would like to thank everyone who has supported me and made it possible for me to play, most importantly my family and friends, my club Toomevara, the management and backroom teams throughout those years which are too many to mention and also the Tipperary public. I have made many great friends over those years and I would like to wish the current panel and management team the very best of luck.

Statement from Tipperary County Board 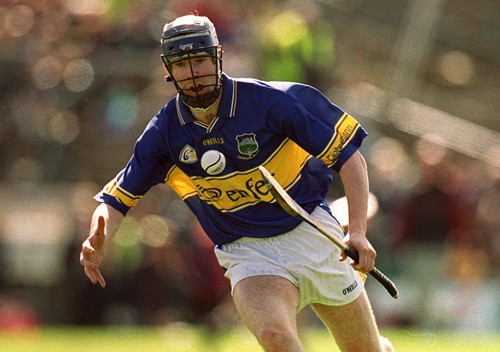 John O'Brien has been some servant to @TipperaryGAA. Class forward and great leader in our dressing room.Owes his county nothing.#gentleman

An absolute true Tipp hero.. What a top class player when he talked you listen and was such a leader on and off the pitch a gentleman #job

He gave me some schooling on high balls down the years. Sad to see johnno go #snapking #gasman pic.twitter.com/JL2TLqiKfr

very sad to let a good man go.. #job lefties brigade are a man down.. #bestwishes to a legend

John O was a great servant to Tipp over the years, will be missed by everyone involved but I won't miss marking him!! #claw

The journeys from Dublin will be a lot quieter now!! Best wishes to John O in his retirement!

Best wishes to john O'brien on his retirement. Class act on / off field some paw on him. #respect

Such an excellent leader both on and off the field, great service to Tipp over the years, not an easy man to mark either #johnobrien

Congratulations & best wishes to John O'Brien of @TipperaryGAA on his retirement – A Gentleman & champion #Players pic.twitter.com/yPjBi2ZaoJ

Sad to see john o brien go #bestwishes legend of a man..gave it all for #tipp..serious servant for his county..massive respect #job

All the best to one the high towers of Tipp hurling.Delighted I had even one year with a top man and true leader.. #johnobrien #GentleGiant

After 14 seasons of senior hurling, John O'Brien hangs up the boots. Fantastic servant to Tipp hurling – thanks John! pic.twitter.com/kddNj9bP4j

John o brien legend is all that needs to be said .. Best wishes in retirement #job#tipp