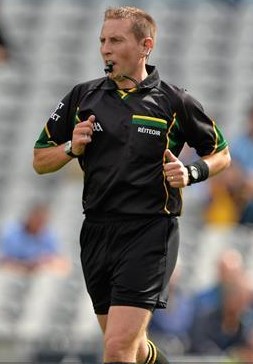 The referees for the upcoming County Football Finals have been announced and Ardfinnan’s Derek O’Mahony has been given the responsibility of taking charge of this years County Senior Football Final between Loughmore-Castleiney and Clonmel Commercials. The Tom Cusack Cup final between Aherlow and Rockwell Rovers will be refereed by Moyle Rover’s Sean Lonergan, while Aherlows David Grogan will be the man in the middle when Drom & Inch and Grangemockler Ballyneale take to the field for the final of the Intermediate Football Championship. This year’s Junior “A” Football Final between Ballina and Knockavilla Donaskeigh Kickhams will be refereed by Sean Everard of the Moyne-Templetuohy club. We wish all of the referees and their officials the very best of luck in what will be a big day for all concerned.