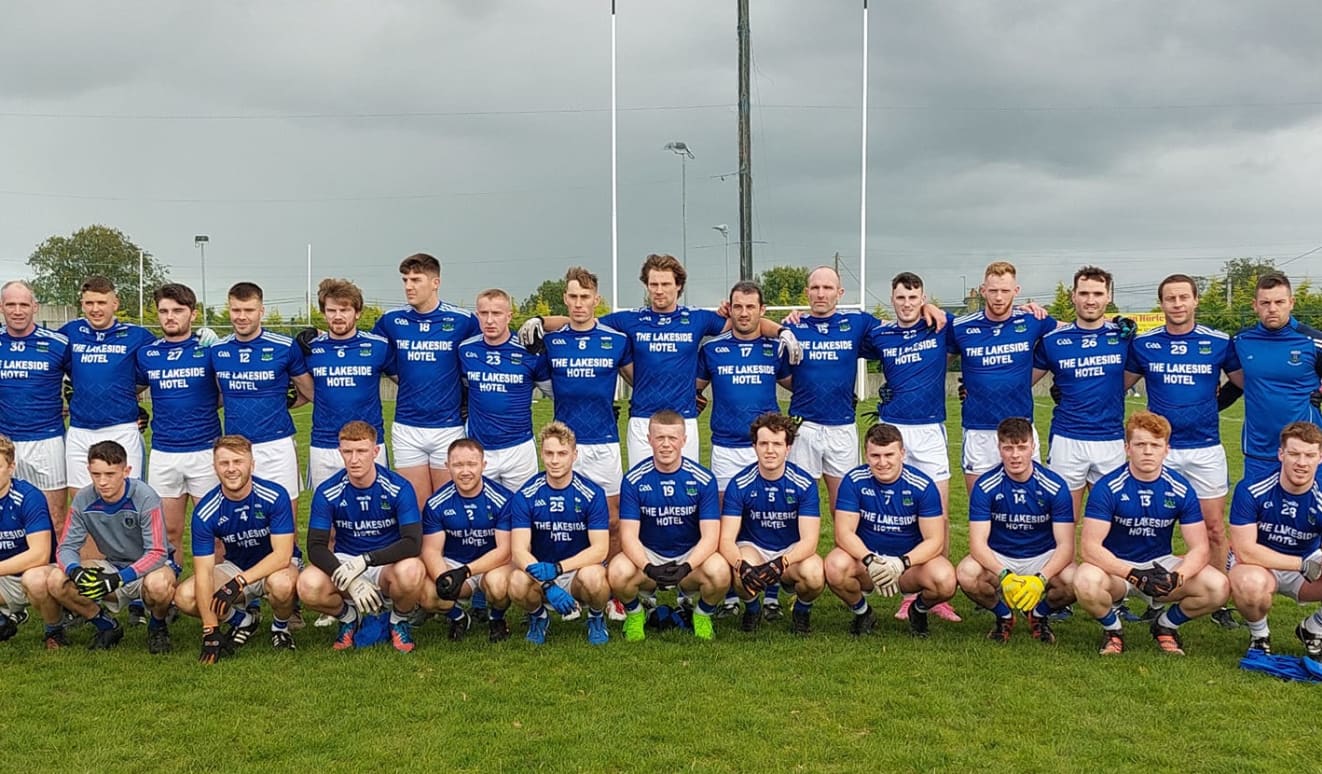 Kevin Byrne always felt that significant footballing potential existed in Ballina. Byrne’s passion and perseverance has been rewarded because momentum has been generated.

In 2021 a Tipperary Junior Championship was gleaned before an appearance in an AIB Munster Club provincial decider. This year Ballina have made further progress, sampling Intermediate glory in the premier county.

Now another provincial campaign will be launched against Na Piarsaigh in Kilmallock on Sunday. It is a remarkable rise for Ballina.

“The genesis of the thing is that we have a good bunch of players,” Byrne says. “Ballina has always produced good underage teams, but for a number of years there wasn’t a focus on adult football within the club.

“Going back to early on in 2020 there was a collective decision taken that we would like to put that right. We started to build from there. We won the North Tipperary Junior Championship in 2020, it was actually played in early 2021, but not played out in a County Championship due to Covid restrictions.

“Then in 2021 we won a North Tipperary Junior again, we went on to win a County Championship, and got as far as the Munster Final.

“All along what we’ve had is a strong group of players with the more competitive matches they have played, they have progressed and become stronger and better footballers.

“We were confident at the start of this year that we could have a good run at the Tipperary Intermediate Championship and we were delighted to come out on the right side of the results as the year went by. It has been a fantastic journey, but it is down primarily to the fact that we have a very talented group of players.”

The fact that a winning habit has been acquired is helping too. Tipperary’s Steven O’Brien remains an influential figure, while others, who have moved to Ballina are delivering also.

“There is nothing that beats winning to keep the morale, dedication, and determination going,” Byrne acknowledges. “As the wins have come the group has become more tighter and close knit. This has helped them both in terms of football and hurling, which has traditionally been the main focus of the club.

“The fact that the group of players we have, who are mostly dual players, the fact that they are winning is bringing them together for both sports. The winning has also encouraged in a few non hurlers, who were living in Ballina, some who had grown up in Ballina and maybe played soccer or rugby and a bit of football.

“They have now committed to Gaelic Football, we have one or two players, who moved into the area over the last number of years. They have joined the team.

“Tom Lee, the former Limerick senior footballer, has moved into the area, Eoin Dalton, who had been playing with Moate in Westmeath, Teddy Doyle has come to us from Templenoe in Kerry.

“These are guys, who are solely football or primarily focused on football. Now that they are living in the town and know that the sport is being taken seriously, they were quite happy to commit to it.”

O’Brien’s relevance to the Ballina cause cannot be underestimated according to Byrne, it merely confirms that footballers with considerable ability are in the area.

“Ballina has produced Stephen O’Brien, who is as good a midfielder as there is anywhere in the country in the last 10 years,” Byrne remarks. “Stephen has an All-Ireland minor football medal, he has a Sigerson medal, he has a Munster senior medal.

“Having a guy with that talent produced by the club just proves that there is potential in the club. Stephen has also been a catalyst and a focus for what we are doing too. He sets the standard for the team, along with being an exceptional player, he brings an extraordinary amount of enthusiasm and experience to the project too.”

Two decades since moving to Ballina from Mountrath, Byrne has witnessed the rise, fall, and re-emergence at adult level.

“The first year I came to Ballina we had a Junior football team, we won the Tipperary Junior Championship in 2003 with a very young team,” Byrne recalls.

“Only two of our starting XV were over 21. We met Carbery Rangers in the Munster Championship that year, we ran them to five points. So even back that far in 2003 when we won the Junior Championship Ballina also won the U21 A Championship in Tipperary.

“So all the way along there has definitely been a tradition of underage football. The pity was going back to 2003-04 was that we couldn’t keep it going. We couldn’t just push on at Intermediate or Senior back then.”

Hope is in the air once more. That is important with Byrne also stressing the contributions made by experienced sporting figures such as Treaty United custodian Jack Brady and Tipperary hurler Michael Breen.

“There is huge enjoyment, the selectors and I have spoken to each other many times about how lucky we are to have the group of players we have,” Byrne states.

“We have Jack Brady in goals, Treaty United’s goalkeeper, Michael Breen, who has two All-Ireland hurling medals, he brings a great wealth of experience and drive to win to the team.

“Players bringing that type of experience is great. We are very, very lucky as a management team to have the talent we have within the team. An awful lot of our team is very young. Our half back line in the county final were aged 20, 21, and 22. Our full back was 20. We have brought on a number of players in the forwards then, who are between 19 and 22 too. You do need a mix.

“We are lucky to have it, that along with those young players we do have the likes of Steven, Tom Lee, Teddy Doyle, who have the experience and cool heads that are needed.”

That a new wave of talent has been integrated into the set-up merely adds to the sense of optimism. “In 2021 we won the U19 A in Tipperary, in 2020 we won the U21 B, our minors last weekend won the North Tipp Minor A,” Byrne says.

“We are competing in the age groups all of the way up along. We have a number of players at the moment in for trials with the Tipp U20 and U17s so good players are coming through in Ballina.

“The responsibility on us as mentors and administrators within the club is that we make sure there continues to be a pathway for these players to graduate into senior football.”

During an exciting stint for Ballina the challenge will be warmly embraced.