Ahead of tomorrows crucial Allianz Football League Division 3 clash with Offaly, Tipperary manager David Power has named a team that shows two changes from the side that started in last Saturdays victory over Wicklow.

In to the starting 15 come Tadhg Fitzgearld and Jack Kennedy in place of Jason Lonergan and Philip Ryan, there are also a number of positional changes to the side.

The game takes place in Bord Na Mona O’Connor Park, With referee James Bermingham of Cork due to throw in the ball at 3pm.

The Tipperary Senior Football Team in Full is: 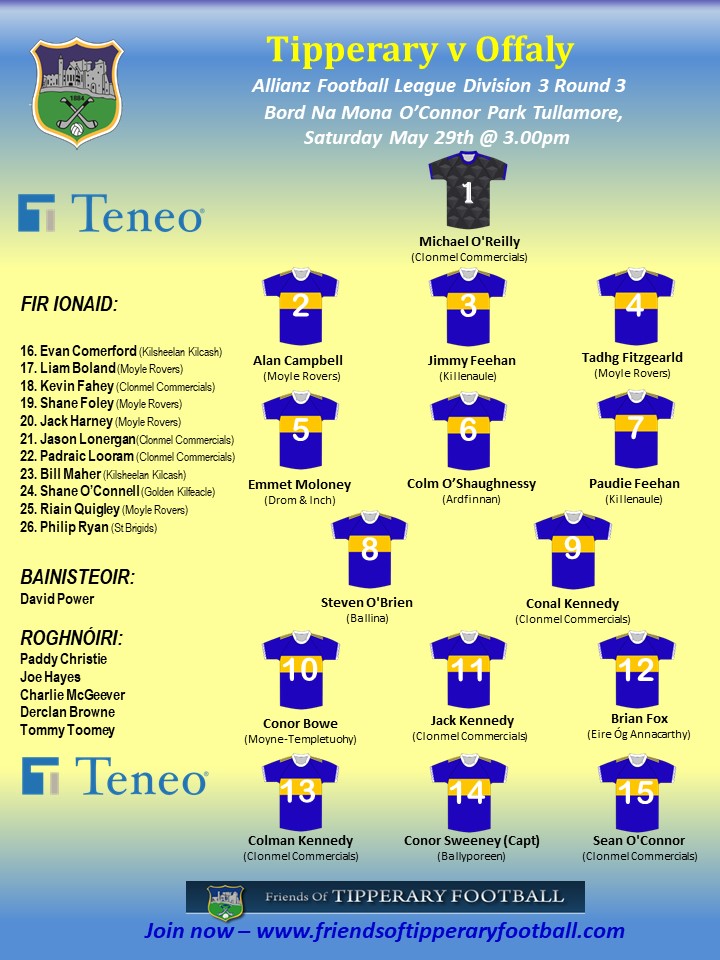 Tipperary GAA will have live updates throughout the day from both games on our twitter feed and Instagram story.

Also this weekend there are a number of Tipperary officials in action and we wish the best of luck to Derek O’Mahony who will be in charge of the Clare v Cork game, and Sean Lonergan who will be in Mullingar to referee the Westmeath v Down game.

We also wish the Tipperary Ladies football and Camogie teams well in their respective league games tomorrow and Sunday.