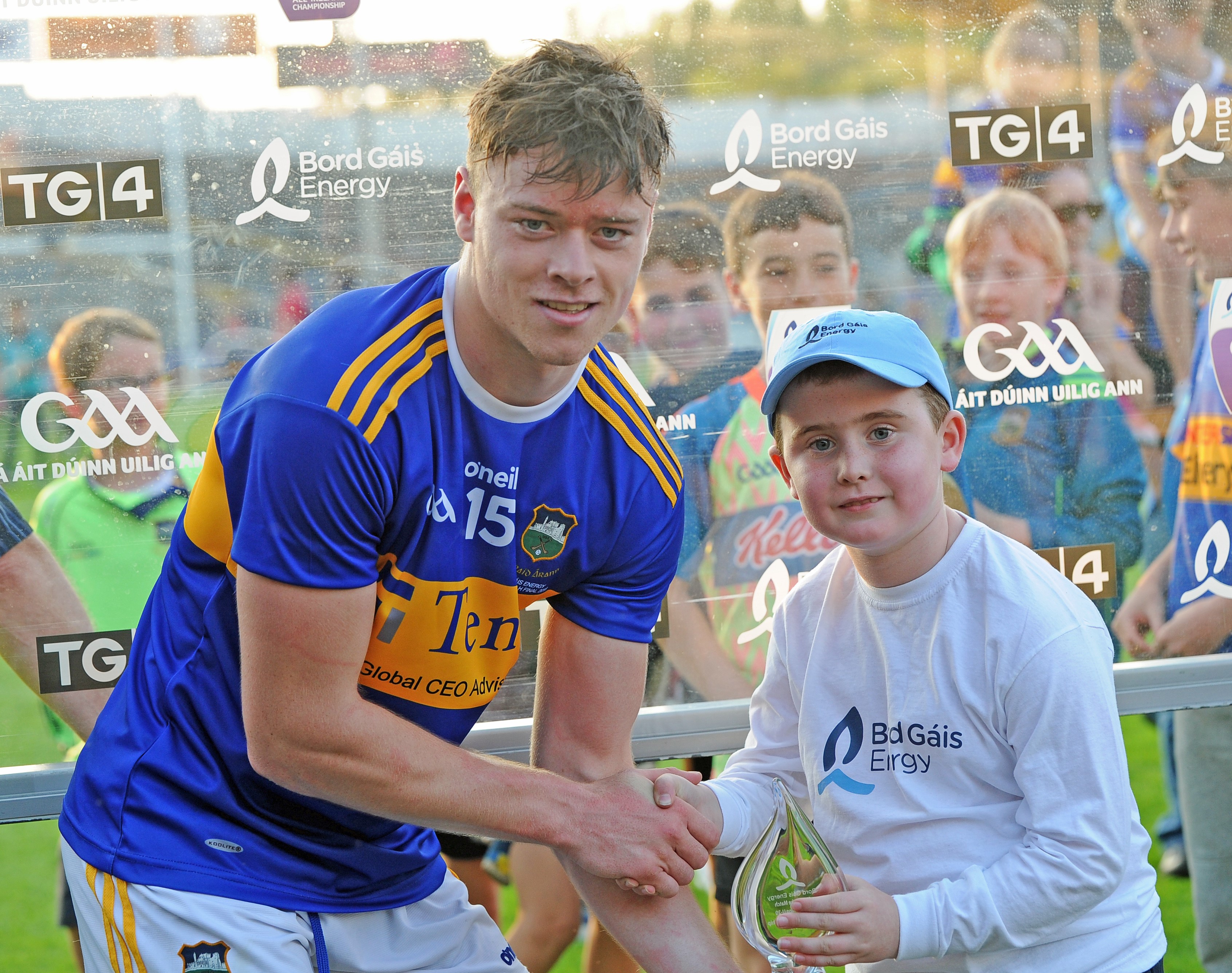 The Tipperary U20 panel to play Wexford in the Bord Gais Energy All-Ireland U20 Hurling Championship Semi-Final on Sunday next, 4 August, has been announced by manager Liam Cahill.

There are no changes to the starting fifteen from that which started the recent Munster Final, as Andrew Ormond holds his place having come in as a late replacement for the injured Seán Hayes.

The team lines out as follows;

Tickets for the U20 All Ireland Semi final are now on sale on Gaa.ie and Centra/Supervalu.

Its unreserved seating for this fixture.

Pre-purchase of tickets is advised.

Ticket prices are as follows:

The sun shone magnificently on Semple Stadium last Tuesday night, 23rd July, as Tipperary and Cork produced an absolute thriller in the Bord Gais Energy Munster U20 Hurling Championship final, with the Premier men emerging victorious as the inaugural winners of the new grade after a tremendous battle with the Rebels. It was end to end throughout until Jake Morris (Nenagh Éire Óg, 1-4) delivered a killer blow in the last minute of injury time to send Tipperary supporters wild with euphoria as his goal edged his side in front by a point to seal a memorable 3-15 to 2-17 win before an attendance of 9,117 captivated supporters.

Tipp had many candidates for Bord Gais Energy Man of the Match, but the honour once again went to Conor Bowe (Moyne-Templetuohy) who scored 1-4, pictured above receiving his award from Eoghan Kennedy, (picture courtesy George Hatchell), with Tipp’s other goal coming from Kian O’Kelly (Kilruane MacDonaghs).

Tuesday’s win sets Tipperary up for an All-Ireland semi-final appearance against Wexford this Sunday 4th August in Nowlan Park where throw-in will be at 1:45pm. The referee will be Cathal McAllister

Tipperary with twenty U21 titles to their name had only two one-point wins previously, those away from home when defeating Limerick in 1984 and Clare in 2008.

Congratulations to the team, led by captain Craig Morgan (Kilruane MacDonaghs) right and their management of Liam Cahill, Michael Bevans, TJ Ryan and Seán Corbett as they now switch attention to the All-Ireland semi-final.

There was only one other occasion that both counties won a provincial title in the same year and that was in 1979. Tipperary beat Cork in the Munster Final 1-13 to 2-7 at Semple Stadium and then beat Antrim in the All-Ireland semi Final. Wexford, who defeated Kilkenny 1-8 to 0-10 in the replayed Leinster final, lost to Galway in the All-Ireland semi-final. Tipperary, captained by Michael Doyle (Holycross-Ballycahill), then beat Galway in the final at Portlaoise by 2-12 to 1-9. It was the first of three consecutive All-Ireland title wins for the Premier County. Then in 2018, the new system which gave provincial winners and runners up entry to the All-Ireland semi-final, saw Tipperary beating Galway and Wexford losing to Cork, so the Premier and Model counties avoided each other again.

Overall, Tipperary won 20 Munster and 10 All Ireland titles, while Wexford won 17 Leinster and 1 All-Ireland title when Willie O’Neill captained them to victory in 1965.

We send best wishes to the team and management this Sunday and hopefully they can follow the lead of the seniors and make it to the final on the 25th of August. 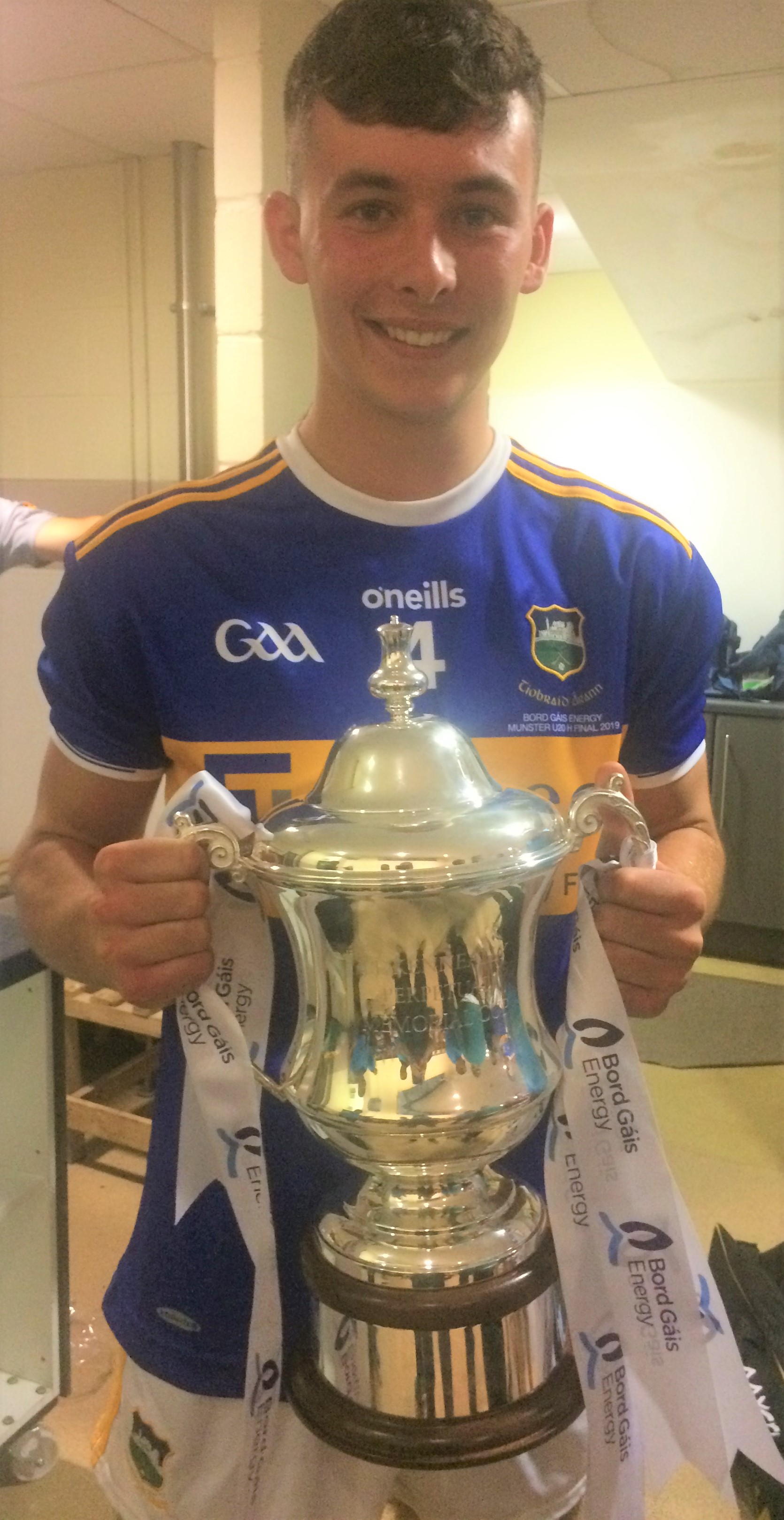